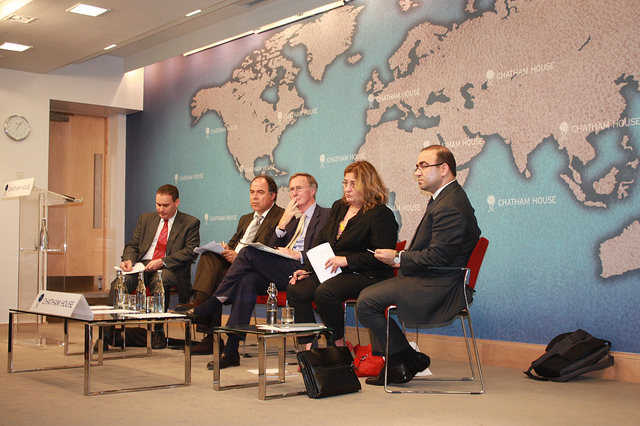 ‘TURKEY AND THE ARAB WORLD: AMBITION AND EVOLUTION’

At this members event, the issues of Turkey’s relations with its Arab neighbours were discussed. The speakers highlighted both the developments and changes with specific focus on how Turkey has dealt with the issues, such as the rapid economic changes and some areas of conflict within the Arab world. The first event lasted for one hour and emphasised Turkey’s strained relations with Syria, their recent economic developments, as well as the Kurdish issue, and concluded with a Question and Answer session with participants from the audience.

After the first event, a selected few were invited to join a three hour round table discussion in which issues surrounding Turkey’s foreign policy were discussed in more detail under these discussion topics: recent political activity, economic and security.

For further information on this event and the full recording and transcript please visit: http://www.chathamhouse.org/events/view/184081.

Turkey and the Arab World: Ambition and Evolution