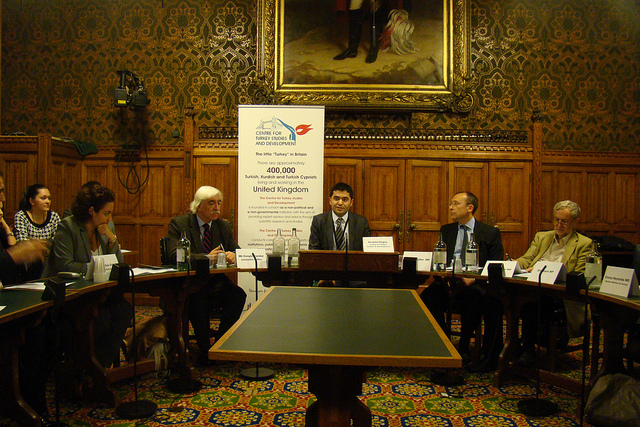 ‘LEAVING THE MOUNTAINS: HOW MAY PKK LAY DOWN ARMS? FREEING THE KURDISH QUESTION FROM VIOLENCE’

Over 150 guests attended Mr Candar’s speech in which he presented the findings of his report published recently by Turkey-based think-tank TESEV: “Leaving the mountains: How may the PKK lay down arms? Freeing the Kurdish question from violence”. The panel also highlighted the importance of positive steps made by Turkey’s incumbent government under the leadership of the AKP party regarding political reforms and democratisation.

The discussants further emphasised the need for peaceful negotiations to find a permanent solution to the Kurdish issue in Turkey.