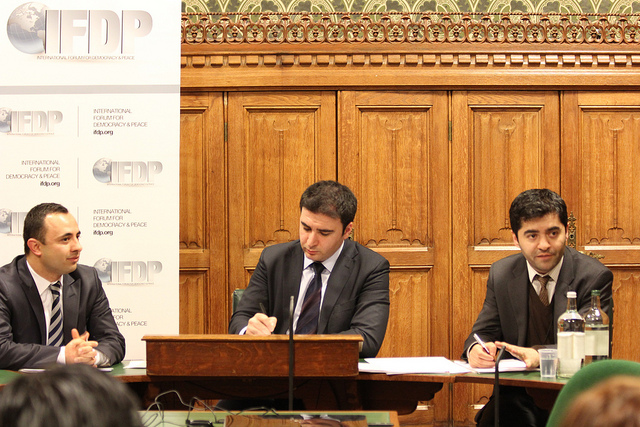 The world entered the 2000s with “a complexity of values”. Today almost all of them transform into new forms. East and West fail to “understand” each other. With its renewed tactics, “extreme nationalism” rises again worldwide. “Toleration” for different voices decreases whereas different thoughts should be supported. “Conflict areas” increasingly heat up every day. “Mutual understanding” decreases among nations, sexes and generations in particular. Conflicts emerge from various causes as ideologies, religion or economic interests. World War I, II and finally Cold War were the results of such “intolerance”. Tearing down the Berlin Wall was a fresh breath for humanity. Communication techniques showed a dramatic development since fall of Berlin Wall. “Internet penetration” has reached 40% around globe. The change of communication affected all relations as well as social structure, economy and politics in particular. There is a stunning gap between the new generation and the former one which is raised with traditional communication, earned money and took part in politics via this system. The world’s oldest challenge emerged from this gap again which spread “marginal ideologies, fundamentalism, and economic interests” dramatically around the world. “Extreme nationalism” has risen as it never did before. The youth favors earning money easily in an enthusiasm they never felt before. A new understanding of conflict renewed itself and became more powerful However old men of this traditional system failed even in the easiest debates. From now on, we should accept that “traditional” institutions like the UN and EU, which are locked up within their decision making bodies do not offer any significant solution for conflict areas yet they drag the countries into wars.

I do not regard all these dramatic changes and even all challenges as a “global fall”. On the contrary, current situation may turn into “a rebirth”. It is not possible to overcome this block with old generation, previous principles and communication techniques and the old dogmas of “left” and “right” sides. The only contribution of the old men could be their “support” for this revival as well as removing the obstacles standing before us. The main responsibility belongs to the new generation on the way to overcome these challenges. This change is neither within the monopoly of the rich nor on the shoulders of the poor. This change is not a dream of marginals or a mechanism of interests. This move could be regarded as the awakening of the “middle class” that consists of the youth standing up for their own voice.

We neither voice for the “left” or “right”. Our aim is to form a unity of youth together with each member of this structure. We do not deny the discipline of the “left” and “right” yet we hope to preserve our “individualism”. We do not “rebel the system”. Agreement is our main principle in seeking solution. We do not ignore the different ideas as we are aware that our power comes from ideological diversity. We do not want the compulsory change of traditional institutions via another world war. Our task should be serving humanity using a new language, renewed understanding and a new agreement mechanism.

As a new generation, future leaders, 50 thousand people from 190 countries that forms the world’s “emerging middle class”, we offer a new order. For us, the aim is to leave “myths” of the past behind and form “a common future” that is based on our 7 principles. Let’s/We can do it together.  We will organize on seven main principles in 190 countries. We will visit all countries and exist in all cities. Our working groups will touch various fields as music, literature, sports, cinema and all others. We will strive to go as further as we can around the globe. Our structure will be a free and independent opening door for local authorities, civil society organizations, political parties, individuals and for those who feel ahead of time. We will organize summits in some countries while we reach another country via music. Universities will help us to organize in particular countries as well as public meetings will be held in some others. We will use internet. All humans will be on our axis and we will reach each of them particularly. Our structure will be based on 7 main principles. Those are 1.Raising awareness on human rights, 2.Strengthening democracy, 3.Enhancing justice for all, 4.Fighting against poverty, 5.Emphasizing gender equality and women’s empowerment, 6.Promoting coexistence, 7.Supporting responsible free market economy. We are trying to form a common future agreement with all these principles.

IFDP structure welcomes a Queen as well as a street vendor. Our aim is not becoming “the new boss of the new order”. We may be different in our ideological, ethnic, national and religious identities yet we could meet in a “common future”. We believe that the silent majority of peace should dominate the noisy conflict. Leaving the prejudices behind, we are the most crowded part of the world with all our ideological plainness. We, as the middle class, object the wars and focus on peace together. We do not inherit the romantic reactions and traditional slogans. We seek to form the new rationalist models that design the future. Our hope is to reconsider the previous experiences in living together and use them in shaping a common future.

We will develop “non-violent civil tactics” against anti-democratic implementations and spread them from East to West, North to South. We will work together against all authoritarian approaches that poses a threat for humanity. Today while anti-democratic forms and authoritarian regimes threaten humans, they also emerge in various structures. Before traditional institutions provide solutions for the existing challenges, those challenges move beyond the nation state borders. What happened in Bosnia in the past? Here is Iraq and now Syria. Where is the UN exactly in this frame? Why international civil society organizations are ineffective? Today, while a terrorist makes use of internet in making a bomb, some leaders of traditional institutions are incapable of even using it. This is the point we join. We will develop new tactics constantly placing the universal values in the center. We will make it more common in the world via social media and internet. Our solutions will have an antidote effect on world’s existing challenges. The youth will be the system to impose it on society. We will not have one single debate to provide solutions. Internet will help us to remove the distance, leaving our luggage behind we will be able to meet every day, every hour and minute. Each moment, we will be developing new tactics.

Remember. World peace is not within the monopoly of any religion, group or country as well as any culture, civilization, and approach and most important, any institution. World peace is only possible with an approach covering all existing cultures and civilizations. IFDP is the name of this struggle. We support buildings structure that consists of each individual’s approach. We will win each front one by one that we lost against monopolies, dogmas and dictators. Each front that we win will be the new page for our common future agreement. Our generation will reach their common future agreement when those conflicts are regarded as marginal. This is our dream. It is not dependent to any political party as well as any state. Will you be part of this search? Will you share this dream with us? Are you with us?  If you are, you are part of IFDP.