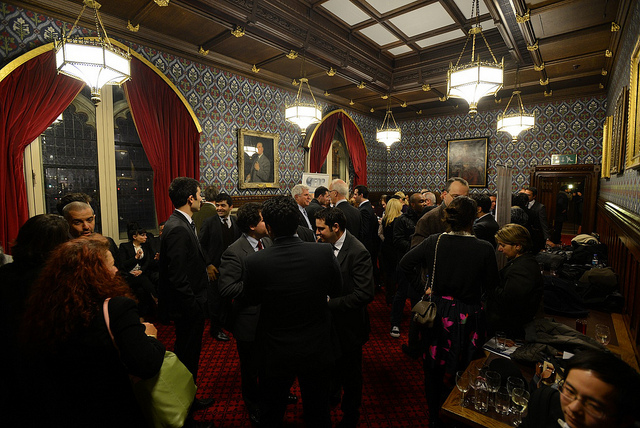 London based Centre for Turkey Studies and the International Forum for Democracy and Peace (IFDP) organised a reception hosted by Conservative MP Nick De Bois at parliament.

Asli Ozen, on behalf of the Centre for Turkey Studies, made an opening speech at the packed reception. She spoke about the centre’s work and its current and future projects. The founder and chair of IFDP, Tuna Beklevic who was an advisor for the current Turkish minister of EU Affairs Egemen Bagis, stated in his speech that IFDP is an international forum with thousands of members from 54 countries and that IFDP is in preparation for many projects in various countries in order to ensure and improve peace and democracy.

The host of the reception, Nick De Bois MP, expressed that he is on the advisory board of the Centre for Turkey Studies and that since its launch, has actively followed the centre’s events and activities. De Bois added that he will continue supporting the centre’s work as he values any efforts at improving the social, political and economic relations between Britain and Turkey.

Many guests were present at the reception at the House of Commons. Among them were the director of the Centre for Turkey Studies Ibrahim Dogus, Ahmet Durmus of Eden Valley Group and Dr Bill Park of King’s College.