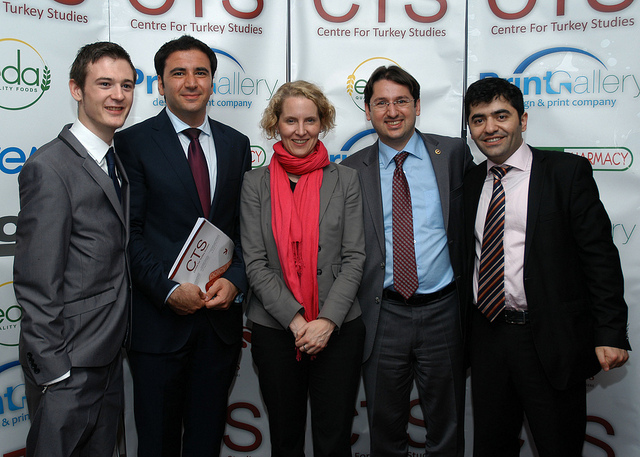 Committee Room 5, the House of Commons

The Centre for Turkey Studies held a joint forum with International Forum for Democracy and Peace (IFDP). The founder and chairman of IFDP, Tuna Beklevic who was an advisor for the current Turkish minister for EU Affairs Egemen Bagis, was the keynote speaker. The event was hosted by the Labour MP Chris Williamson at the House of Commons and was chaired by Siddik Bakir of the Centre for Turkey Studies. Many guests from different communities attended the event.

There was a discussion with engaging questions from the audience following Tuna Beklevic’s speech on the current issues that the world is facing and the proposed solutions. Beklevic, after the forum, stated that IFDP offers a new world order as an ‘emerging middle class’ generation of more than fifty thousand people from 190 countries and that the organisation aims to improve their work on Britain in the future.

The director of the Centre for Turkey Studies, Ibrahim Dogus, expressed that the joint forum with IFDP was productive and that the centre hopes to work with important organisations such as IFDP in the future.

Mr Tuna Beklevic’s speech at the forum can be found here.