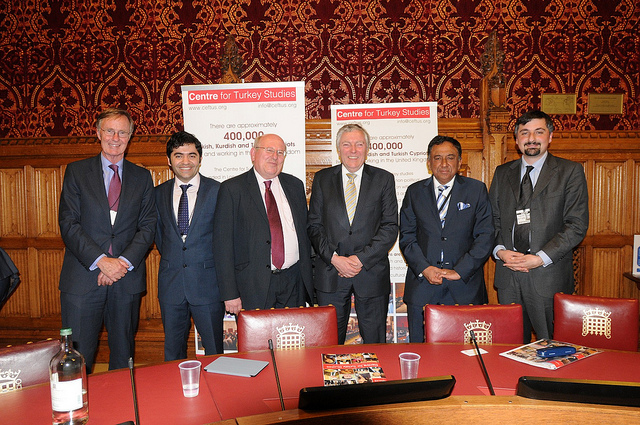 ‘Foreign Policy of Turkey during the EU accession process’

Under AK Parti rule Turkish foreign policy has undergone significant developments, and has truly emerged a field of study within itself. Under leadership of Foreign Minister Ahmed Davutoglu, Turkish foreign policy has been injected with remarkable energy, spirit, and ideology and has become synonymous with themes such as  ‘zero problems with the neighbours’ and ‘strategic depth’. Turkey’s foreign policy has increasingly shifted away from the its traditional US and European foci, and towards the wider MENA and Central Asian regions. There is no doubt that Turkey’s difficult, slow and ambiguous EU accession process impacted its foreign policy adjustments. How will Turkey’s foreign policy develop as the Syrian conflict continues, an increasingly independent Iraqi Kurdistan manifests itself, and the European recession deepens?

We look forward to seeing you on Tuesday 7th of May 2013, between 19:00 and 21:00, in Committee Room 15, House of Commons, Westminster. Please note that security checks are required to enter the House of Commons, so we kindly ask you to arrive at 18:30, allowing the event to start and end promptly on time.

Booking is required for this event

Or RSVP to [email protected]

Sir David Logan was a Turkish specialist in the Diplomatic Service, serving in the political section of the British Embassy in Ankara from 1966-1970 and as Ambassador to Turkey from 1997-2001. He served as Deputy Chief of Mission at the British Embassies in Moscow and Washington. His postings in the Foreign and Commonwealth Office included appointments as Assistant Under Secretary of State for Central and Eastern European Affairs and Assistant Under Secretary of State for Defence Policy. From 2002-2007 he was Director of the Centre for Studies in Security and Diplomacy at the University of Birmingham. He was until recently a non-executive director of a British company operating in Turkey and of a Turkish company listed on the London Stock Exchange.  Currently, he is chair of the British Institute at Ankara, which supports and enables research in Turkey and the Black Sea region in the fields of history, archaeology and related social sciences

Ziya Meral is a researcher and writer. He publishes widely on Middle East and Turkish politics, human rights as well as political theory and comparative literature. His last book in Turkish was a comparative study of thoughts and lives of Nietzsche and Dostoyevsky. He worked as a human rights advocate on Middle East, wrote numerous briefings and reports. He frequently comments on the region in the international media. He is a PhD candidate in politics at the University of Cambridge and a Research Associate of the Foreign Policy Centre.