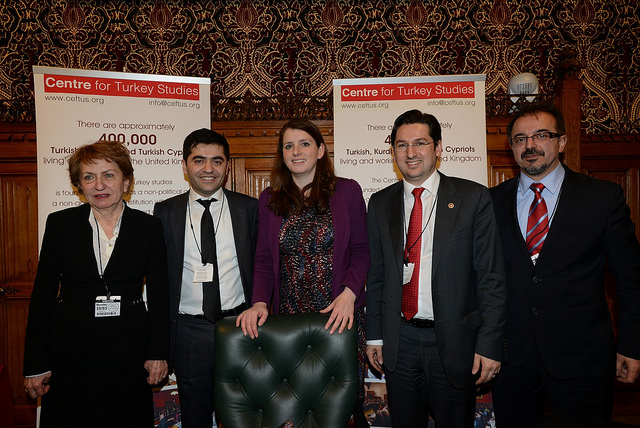 ‘The Hate Crime Legislation campaign in Turkey” and “ Religion, Society and Politics in a changing Turkey”

The Hate Crime Legislation Campaign Platform (in Turkey) website defines hate crimes as “message crimes,” which reach beyond the victim and make the victim’s group feel they are unwelcome in the community. This message carries with it psychological consequences, such as fear, depression and anxiety. The platform says that as a result of this message the members of the group can feel marginalized, suffer from psychological trauma and may even commit suicide. Turkish-Armenian journalist Hrant Dink, who was fatally shot in front of the headquarters of the bilingual Armenian weekly Agos in 2007, was one of the most publicized victims of hate crime in Turkey, as he was killed because of his “Armenian” identity.

As there is currently no legislation on hate crimes in Turkish law, criminal cases issues are often left unsolved and criminals generally go unpunishe

This Centre for Turkey Studies Westminster Debate will be hosted by John Woodcock, Labour MP.

She is a member of Parliament for Istanbul.

Assoc. Prof. Dr. Aykan Erdemir was born in 1974 in Bursa, Turkey. He is a member of the Parliament Turkish Grand National Assembly and the Party Assembly Republican People’s Party. As deputy for Bursa since July 2011, he is also a member the EU Harmonization Committee and the Turkey-EU Joint Parliamentary Committee.

Assoc. Prof. Dr. Erdemir holds a BA in International Relations from Bilkent University (Ankara, 1996), MA (1998) and PhD (2004) in Middle Eastern Studies and in Anthropology from Harvard University (US, 2004). His dissertation title is “Incorporating Alevis: The Transformation of Governance and Faith-Based Collective Action in Turkey.”

Assoc. Prof. Dr. Erdemir was a lecturer in the Department of Sociology of Middle East Technical University (METU) where he taught courses on social and political anthropology, and the anthropology of Europe and the Middle East.

Assoc. Prof. Dr. Erdemir was also the Deputy Dean at the Graduate School of Social Sciences at METU (2004–2011) and the Director of the German-Turkish Masters Program in Social Sciences (2007–2011), a dual-diploma program of Humboldt-Universität and METU.

His main publications [in English] are as follows:

His main publications [in Turkish] are as follows: