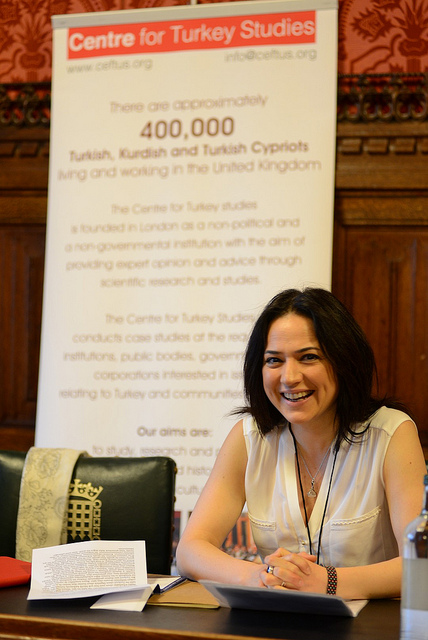 ‘Government, Media, Conflict and Peace: Limits to Freedom of Expression in Turkey’

‘Government, Media, Conflict and Peace: Limits to Freedom of Expression in Turkey’

Banu Guven is a Turkish journalist. She was born in Istanbul in 1969. Guven holds a BA in International Relations from Istanbul University and an MA in International Relations from Bogazici University, Istanbul. She completed a 3-months internship programme at the United Nations High Commissioner for Refugees. After working for the daily Milliyet as a foreign correspondent, Guven started working for NTV in 1997 as a correspondent. She presented news programmes such as ‘Gecen Hafta – Bu Hafta’ and ‘24 Saat’ on NTV. She resigned after working for NTV for 14 years due to disputes over some of the guests in her TV programme, ‘Banu Guven’le Arti’. One of her guests, novelist Vedat Turkali, speaking about the Kurdish issue in Turkey made some direct reference to imprisoned PKK leader Abdullah Ocalan, and a programme with Kurdish parliamentarian Leyla Zana was not allowed to be conducted on NTV. Banu Guven now works as a freelance journalist (www.banuguven.com).

The Centre for Turkey Studies held a Westminster Debate on Government, Media, Conflict and Peace: Limits to Freedom of Expression in Turkey. Our guest speaker, Banu Guven, sharing her experience of resignation due to censorship on her TV programme, analysed the current situation on freedom of expression and limits of journalism in Turkey.

Guven stated that Turkey is represented to be a good example of Muslim democracy in the region, especially for Arab countries of the ‘Arab Spring’. Turkey with its political elections, democratization process and the recent peace process seems to be an example for countries in this turbulent region. Guven, however, pointed out that democracy in Turkey suffers from a 10% electoral threshold for political parties to enter the National Assembly, anti-terror laws with a very broad definition of terrorism in the country and consequent limitations on freedom of speech in the media. According to Guven, the government, particularly the Prime Minister Erdogan’s influence and interference in almost every issue in the country, contradicts the culture of democracy that is alleged to be an example for other countries in the region.

Guven expressed that the censorship she experienced across her work is a result of the government’s interfering attitude towards media in Turkey. She reminded us that the PM Erdogan held a press meeting with editors-in-chiefs of TV channels and newspapers where he provided his advice on reporting news. Hence, she said, some other journalists similar to her case were forced to resign when their reports contradicted the advice and the agenda that the government has promoted. Guven asserted that there is a fear among journalists of losing their jobs and prevalent self-censorship due to this fear.

Banu Guven argued that journalism in conflict times differs from peace times in any country. On the one hand, as issues are sensitive in conflict times, journalists are responsible for the language that they use in order not to create villains or heroes. On the other hand, journalists have the responsibility of reporting objectively and comprehensively. Guven added that her work was censored in times of conflict and acknowledged that journalism in Turkey did suffer from state censorship before the incumbent government came into power in 2002. However, she argued, the press censorship continues now, in times of peace process.

Experienced journalist Banu Guven finished her words with best wishes for the future of journalism and democracy in Turkey. Following her speech, Guven answered questions by the audience in the packed committee room.