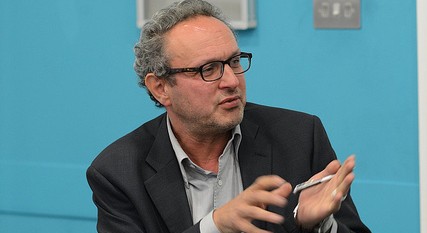 Dr Tunc Aybak is currently the director of International Politics Programme at School of Law, Middlesex University. He graduated from School of Political Science, Ankara University in International Relations and Diplomacy. He completed his PhD at the University of Hull in International law and Politics. He teaches on BA International Politics and MA International Relations programmes specializing in critical studies in geopolitics and diplomacy, foreign policy analysis, international political economy and politics of Europe. His main research areas and field work include Turkish and Russian foreign policy, citizenship and identity issues in Europe, the enlargement of the EU, energy geopolitics and pipelines with particular reference to human security issues in the Black Sea and the Middle East area.  He is currently working on research projects to be published on Europe’s Final Frontier and Critical Geopolitics of Pipelines.

He has been widely interviewed by international media, such as BBC, TRT British, Australian and Turkish and Eastern European. His publications include books The Politics of the Black Sea and Migrant’s Voice in Europe and academic articles on Turkish Foreign Policy, Russian-Turkish Relations, citizenship and migration issues in Europe and the politics of the Black Sea.  He also acts as an editorial adviser to Global Faultlines Journal.

Dr Tunc Aybak advises the Centre for Turkey Studies on  research and policy.