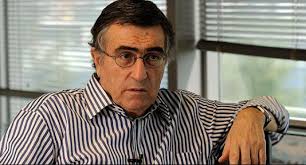 Hasan Cemal was born in 1944 in Istanbul, Turkey. In 1965, Cemal graduated from Ankara University with a Political Science Degree. He began working for a newspaper in 1969 and soon thereafter, he became Ankara representative of the daily Cumhuriyet. Between the years 1981 and 1992, he was the editor-in-chief of the daily Cumhuriyet. Cemal would eventually become the chief editor of the Sabah newspaper from 1992 to 1998. During the heightened tensions between the PKK and the Turkish government, Hasan Cemal was noted for conducting interviews with notable PKK leaders such as Abdullah Ocalan and Murat Karayilan. He worked for the daily Milliyet, but he was forced to resign in 2013 due to his controversial writings regarding the Kurdish-Turkish conflict.