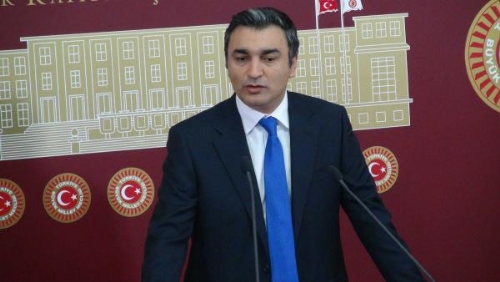 Westminster Debate ‘Religion, Society and Politics in A Changing Turkey’

Müslim Sarı was born in 1974 in Istanbul, Kadikoy. Sari graduated from the Department of International Relations, Faculty of Political Sciences, Ankara University in 1997. Sari continues to work on his master’s degree in the Department of Political Science and Public Administration in the same university. Müslim Sarı, who is a specialist in social democracy and economic crisis, is still working on his thesis in this context. In February 1999, Sari began his career in the Directorate General of Foreign Affairs in the Central Bank of the Republic of Turkey. He represented his organisation in many domestic and international seminars meetings after becoming a specialist with his thesis titled ‘External Debt Management and Applications in Turkey’. In March 2011, he resigned his position as the General Directorate of Banking and Financial Institutions of the same institution in order to become a candidate for parliamentary elections.