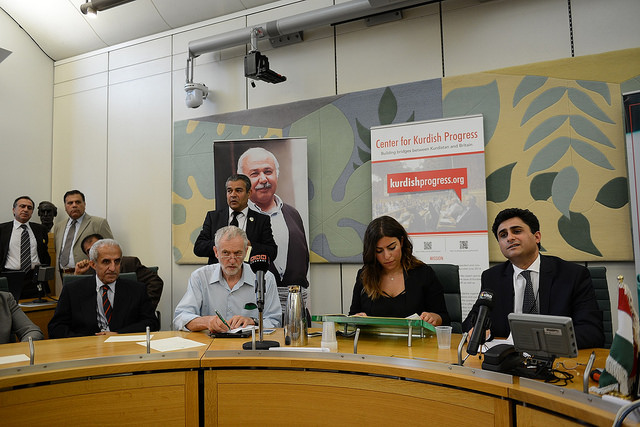 Dr Ismail Besikci has written extensively on Turkey’s Kurds and their rights. He is regarded as an icon for freedom of speech as he was imprisoned for 17 years on propaganda charges stemming from his studies on the Kurdish population in Turkey. For many years, he was the only prominent non-Kurdish academic who spoke against the oppression on Kurds. He studied at the Faculty of Political Sciences of Ankara University. In 1964, he became an assistant at the sociology chair of Erzurum Atatürk University. He completed his Ph.D. on the social structures of the nomadic Alikan tribe. He has been described as “modern Turkey’s pioneer of Kurdish studies”. He was nominated as a candidate for the Nobel Peace Prize in 1987. He is a PEN Honorary Member. Ismail Besikci Foundation of which Ismail Besikci is honorary chairman was established in 2012.

Professor Christine Allison of University of Exeter made an opening speech. She praised Dr Besikci’s work and his contribution to Kurdish studies.

Dr Besikci discussed that the official ideology is the most significant component of the state of Turkey as it dictates not only state bureaucracy and military but also universities, press and judiciary. He pointed out that Kurdish language and Kurdish identity and ideology existed before and at the time of founding the Republic of Turkey, however, the official ideology dismissed Kurdish-ness entirely.

Dr Besikci argued that science can be conducted and can improve only when the official ideology, which is an institution, is consistently criticised.

Dr Besikci stated that there are 200 mass graves where about 3000 Kurds are estimated to be buried. He argued that the Kurdish issue is not an issue of human rights and a question of minority rights, but it is a question of territory.