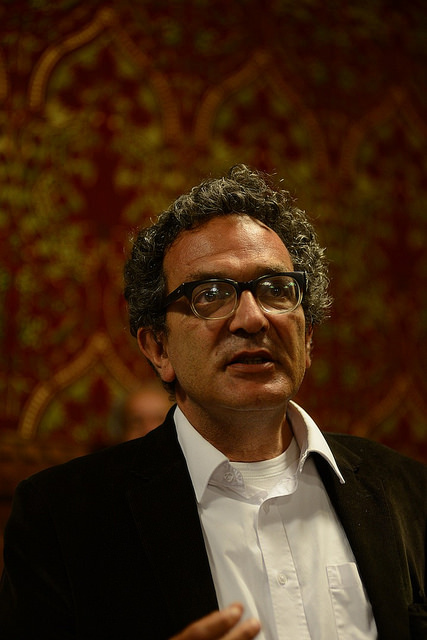 Lord Maurice Glasman’s speech in the Joint Forum ‘the Crisis in Iraq: Unexpected Alliances, Western Intervention and the Question of Kurdistan’.

“I was in  Kirkuk in June and saw the black flags, but more than that you could smell the anxiety of fear. And the governor of Kirkuk said that the only thing that you can compare ISIS to, Islamic Forces to, in his ancestor memory, the forces of Genghis Khan. What happened with Genghis Khan is that people were so afraid that entire cities would have surrendered at the very rumour that they were approaching. The level of fear and anxiety and I have carried that with me and I completely support what Bayan and Dr Fox have said in relation to the necessity of military action. That is absolutely vital, the impossibility of avoiding this fight. And also to say the immediate imperative of the British government and the British forces being involved in the humanitarian aid.

What I wish to say, first of all, is that it is absolutely necessary to look at the Shia and to look at Iran with new eyes. It is to be noted that the Shia of the South have taken in twenty thousand Christian refugees as an act of solidarity and I recognise that and commend that. It is also the case that Iran has been quicker than Britain to offer arms to Kurdistan and as opposed to sulking about that we should recognise that and applaud that. Because, ISIS also wish to bring death to the Shia who they call stone worshippers, who they have also declared death towards. And it is also necessary then to build reciprocal relationships, not imperial relationships, but reciprocal relationships with the Iranian government to open to the Shia of the South and above all to the Kurds.

It is one of the most outrageous events of history that we refuse to arm the Kurds over the past decade, that we exclusively work through the central government in Baghdad. The central government in Baghdad then essentially deserted this weaponry. It is one trillion dollars that was spent between 2006 and 2014. A huge proportion of that in Iraq, by the United States and Britain, was on weaponry. A huge amount of that weaponry has been captured by ISIS. Effectively, we have harmed our greatest enemies, so it is absolutely essential that we establish respectful military cooperation with the Peshmerga who have fought. It is clear that the Peshmerga cannot do this on their own over that thousand miles and that there needs to be military cooperation established immediately.

I am certainly impressed by the foreign policy of the Iranian government in offering that solidarity with the Kurds, in offering up a genuinely military relationship and, however difficult it is for us this changes everything. The emergence of this kind of pure violent murder must change the way that we approach this and on the basis of a common good, on the basis of a common humanity, we must recognise our responsibilities and build in solidarity with Iran.

And to get back into the public space because this force can only be defeated by the people on the ground around it, that is the Shia, that is the Kurds and that is also the Iranians who share a border with these murderous people. So, the first thing is that we need to think differently strategically and act upon it, the second imperative which I have mentioned is that we must act immediately with all our resources in order to bring some kind of comfort, relief and security to people who have lost everything.

When I was in Kirkuk, I went to the local church and there were just 400 people left in this church and even 20 years ago there were more than fifteen thousand. They have been shot, they have been assassinated over a long period of time, there were just 400 people left and I said how old is this church? I said to the police and he said seventeen hundred years. That means that Christians have been present in that place through many different empires and many different regimes. The fag end of the Babylonians, through the emergence and birth of Islam, through imperialism, through the crusades, even through Saddam Hussein and Ba’athism and the emergence of nationalism in the region. All of those things they have endured, but now they cannot endure. It is just to share with you that this is something different. So new strategic alliance in the region, humility and determination on our part in building the suitable relationships, humanitarian aid to the refugees and above all solidarity and support for the Kurds for bearing the absolute worse of this murderous war.”