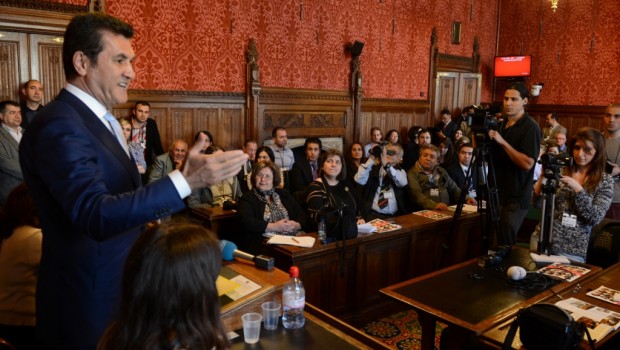 Keynote speaker: Mr Mustafa Sarigul, a politician, writer and entrepreneur. He was the Mayor of Sisli district of Istanbul between 1999 and 2014. Sarigul has been the Republican People’s Party’s (CHP) candidate for the Istanbul’s mayoralty in March 2014 Local Elections in Turkey. Sarigul became a Social Democratic Populist Party (SHP) Member of Parliament for Istanbul in 1987. He was a member of Democratic Left Party (DSP) under the leadership of Prime Minister Bulent Ecevit between 1999 and 2002. Following to 2002 elections he joined the New Turkey Party (YTP) and joined the Republican People’s Party (CHP) in 2003. Due to internal rivalry with the then CHP leader Deniz Baykal, Sarigul had to leave the CHP in 2005 and he founded a new political movement called Turkey’s Change Movement in 2009. However, he has cooperated with the CHP after Kemal Kılıçdaroğlu became the party leader. He published two books ‘TBMM’de Bir Milletvekili’ and ‘İstanbul’da Direksiyon Sallamak’.

This CEFTUS debate was kindly hosted by Keith Vaz MP for Leicester East and Chairman of the Home Affairs Select Committee in the House of Commons.

The host of this Westminster Debate, Keith Vaz MP, gave an opening speech. Mr Vaz underlined the improvements that Turkey has gone through over the past decade and reiterated his hopes for Turkey’s accession to the EU, as well as his expectations for politicians of Turkish and/or Kurdish origin to enter the British parliament soon.

Firstly, Mr Sarigul referred to the need to have strong brands and to establish competitive industries in the global economy. According to Mr Sarigul, higher employment and respect for human labour come only with the will to incorporate global democracy in one’s country.

As the means in which global democracy could be realised in Turkey, Mr Sarigul referred to numerous actions that need to be taken throughout his speech;

The Q&A largely focused on the upcoming presidential election in August. Mr Sarigul was reluctant to clarify whether the previous leader of the CHP Deniz Baykal could be the CHP’s candidate for presidency. He underlined his expectations that a joint candidate with the Nationalist Movement Party (MHP) could only be proposed to the public only in the second round of the presidential election, not before. He urged the CHP to announce its presidential candidate as early as possible.