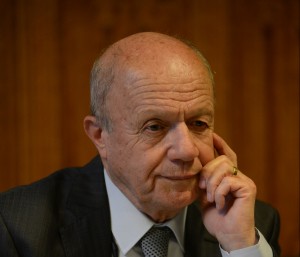 Westminster Debate ‘Destruction of the Near East and the Kurdistan Issue’

Dr Ismail Besikci, a Turkish sociologist, critic of Kemalism, and Kurdologist. He has written extensively on Turkey’s Kurds and their rights. He is regarded as an icon for freedom of speech as he was imprisoned for 17 years on propaganda charges stemming from his studies on the Kurdish population in Turkey. For many years, he was the only prominent non-Kurdish academic who spoke against the oppression on Kurds. He studied at the Faculty of Political Sciences of Ankara University. In 1964, he became an assistant at the sociology chair of Erzurum Atatürk University. He completed his Ph.D. on the social structures of the nomadic Alikan tribe. He has been described as “modern Turkey’s pioneer of Kurdish studies”. He was a candidate for the Nobel Peace Prize in 1987. He is a PEN Honorary Member. Ismail Besikci Foundation of which Ismail Besikci is honorary chairman was established in 2012.