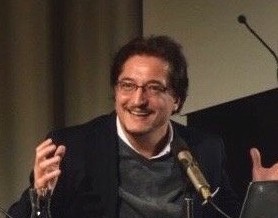 Westminster Debate ‘2013 Analysis of Democracy and Politics in Turkey’

Dr Kerem Öktem is Associate Faculty Member of the Oriental Institute at the University of Oxford. He is also Research Fellow at the European Studies Centre, St Antony’s College and an associate of Southeast European Studies at Oxford (SEESOX). This academic year, he also holds the Mercator-IPC fellowship at Istanbul’s Sabanci University. Dr Oktem teaches the courses Politics of the Middle East, Cities and Societies in the Middle East, Modern Turkish History, Politics and International Relations of Turkey, andIslam and Muslims in Europe. He read Modern Middle Eastern Studies at Oxford, where he also completed his D. Phil. at the School of Geography in 2006. His research work focuses on the three core areas of Nationalism and Transnationalism, Politics and International Relations of Turkey and the Politics of Muslims in Europe, the latter of which is also at the heart of his Open Society funded research on Europe’s Muslim Neighbourhoods. His latest books include a co-edited volume on Turkey’s changing foreign policy landscapeAnother Empire? A Decade of Turkey’s Foreign Policy under the Justice and Development Party (Istanbul: Bilgi University Press, 2012 together with Ayşe Kadıoğlu) and his monograph Angry Nation. Turkey since 1989 (London: Zed Books, 2011). A co-edited extended essay on ‘Turkey’s Western Condition’ (Oxford: ESC, 2013) is available at: http://www.sant.ox.ac.uk/seesox/publications/TheWesternCondition.pdf His work on Muslim communities in Southeast Europe has been published in Southeast European and Black Sea Studies and in the Journal of Muslims in Europe. Kerem Öktem is founding member of the Project of Armenian and Turkish Studies (PATS), Vice President of the Swiss Research Institute on Turkish Studies (SFST) and a member of the Middle Eastern Studies Association.