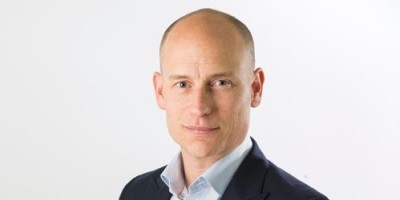 Stephen Kinnock was born in Tredegar in 1970, and has kept strong and continuing links to South Wales throughout his life. He joined the Labour Party when he was 15 and is a proud member of Community trade union and the Co-operative Party.

Following comprehensive school he went to Cambridge University to study modern languages, and then he won a scholarship to the College of Europe in Bruges, where he did an MA in European Studies.

As Director of the British Council in Brussels, Russia and Sierra Leone, Stephen worked to develop opportunities for education and access to British values and culture, and at the World Economic Forum in Geneva, as Director for Europe and Central Asia, he worked with over 1,000 of the world’s largest companies and campaigned to make sure that their CEOs understand their responsibilities to working people. During his time at the WEF Stephen worked very closely with Turkish business, government and civil society leaders, particularly around Turkish participation in Davos, and in the organisation of a major regional summit that took place in Istanbul in 2012. At his present company, Xynteo, where he’s a Managing Director at the UK office, Stephen is helping major multi-national companies to improve their energy performance, efficiency and to deliver on their obligations to the community.

Stephen speaks five languages fluently, and is highly experienced as a senior executive in motivating and mobilising teams in negotiation and representation. Throughout his career he’s worked to secure progressive economic, social and environmental objectives.

Stephen is passionate about bringing high-productivity, high-skill jobs and investment to Aberavon, and is committed to using his background and know-how in business to help make that happen.

Since 1996 Stephen has been married to Helle, the Social Democrat Party Prime Minister of Denmark, who he met in 1992 at the College of Europe. They have two teenage daughters. He really enjoys sport – he played rugby into his mid-thirties, still manages the odd game of football, and enjoys refereeing his daughter’s football matches – one of his biggest challenges in life!