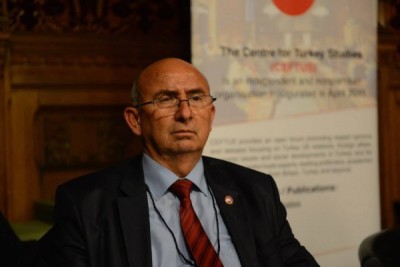 Mr. Cemal Ozyigit was born in 1960 in the village of Fota in Cyprus. He graduated from the Teacher’s Academy and served as a primary school teacher in various villages of Cyprus. He did his postgraduate studies in the field of Education Management. He served in all ranks of the Cyprus Turkish Teachers’ Union (KTOS) becoming its Secretary General during the period between 1994 and 1997. He then became a Headmaster and served in various other villages. He served on the executive board of various sports clubs. He is the architect of the full-day schooling pilot project that was implemented at one of the main primary schools of Nicosia. When the project was cancelled by the UBP government he asked for his retirement and joined the ranks of the Turkish Cypriot Social Democracy Party (TDP) in order to continue his fight that he has been giving in the Turkish Cypriot community with his friends since 1980. He became the Head of Nicosia District Office of the Party in 2011 and its Secretary General in 2012. He was elected as the Chairman of the Party at its 4th Congress General on 17 November 2013. He knows English, is married and has two children.