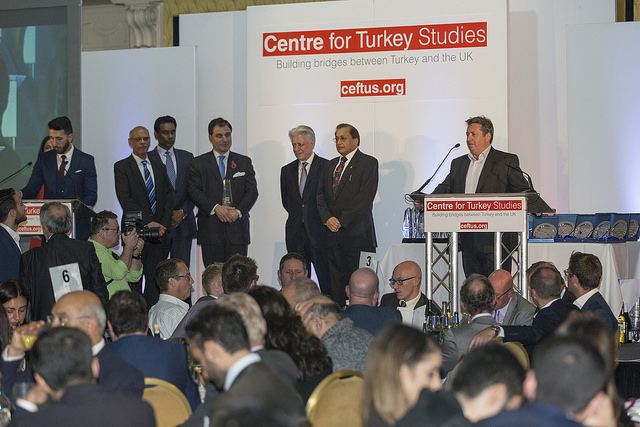 We celebrated fourth year of our ever increasingly important work on 28th October 2015 with 600 distinguished guests in London Marriott Grosvenor Hotel.

Similarly, Mayors and Councillors of many London boroughs, High Commissioner for the Republic of Cyprus to the UK Euripides L. Evriviades and the Kurdistan Regional Government High Representative to the UK Karwan Jamal Tahir were present at the event. Representatives of Kurdish, Turkish and Turkish Cypriot Communities as well as journalists, academics and business people across many industries kindly joined us to celebrate our anniversary. Guests from Turkey included comedian and author Gulse Birsel, journalists Ahmet Sik and Hayko Bagdat and former AK Party MP Mehmet Emin Ekmen.

Prime Minister David Cameron’s support message to CEFTUS was relayed and Opposition Leader Jeremy Corbyn’s recorded support message was played on the screens. You may see their and other parliamentarians’ support messages on our website, www.ceftus.org and in our new booklet for the years of 2014 and 2015.

Thanks to all who bought raffle tickets on the night. Please see below for the winning numbers. Please email us at [email protected] if your ticket was a winner!