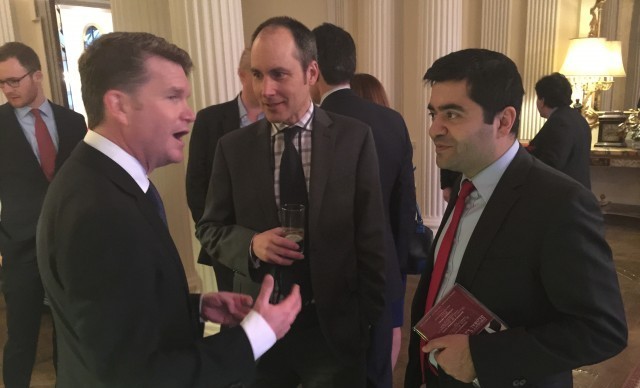 Meeting with US Ambassador to UK Matthew W. Barzun

The Centre for Turkey Studies (CEFTUS) attended a reception hosted by US Ambassador to UK, Mathew W. Barzun on April 22 2015.

The reception was organised to celebrate Business Council for International Understanding (BCIU)’s 60th Anniversary at the Winfield House. BCIU was inaugurated as a White House initiative by former US President Eisenhower in 1955 to facilitate alliances between world businesses and political leaders.

CEFTUS invited by BCIU had the opportunity to introduce the centre’s work to other guests and US Ambassador himself.