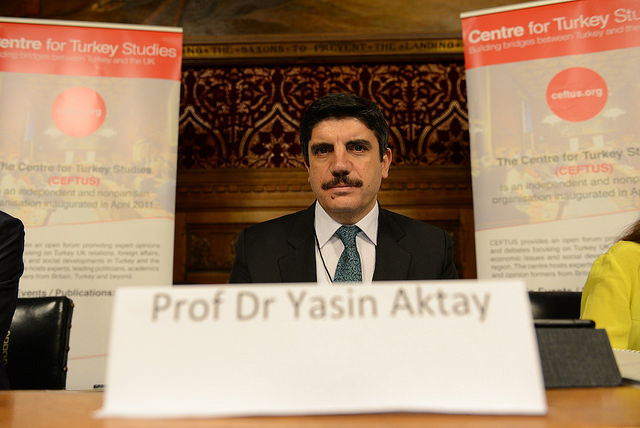 ‘New Turkey in light of recent upheavals in the Middle East’ : CEFTUS Roundtable

Prof. Dr. Yasin Aktay is AK Party Vice Chairman in charge of Foreign Affairs. He studied sociology in Middle East Technical University (METU) (1990). He finished his Master’s Degre and Ph.D at METU in 1997. He became an Associate Professor in 1999 and Professor in 2005. He worked at Selcuk University (Konya) as an Assistant Researcher in Department of Sociology, from 1992 to 2012. Between 2001 and 2004, he delivered lectures and researched at several universities in USA. He was editors of journals Tezkire and Sivil Toplum. Between February 2008 and February 2001, he was the host of Mehtap TV’s “Tersi ve Yüzü” with Ferhat Kentel. His articles were published in many national and international magazines and he contributed many academic projects. He currently works at University of Yıldırım Beyazit in Ankara, he is a columnist for Yeni Şafak daily and he is Honorary Chairman of Institute of Strategic Thinking (SDE).