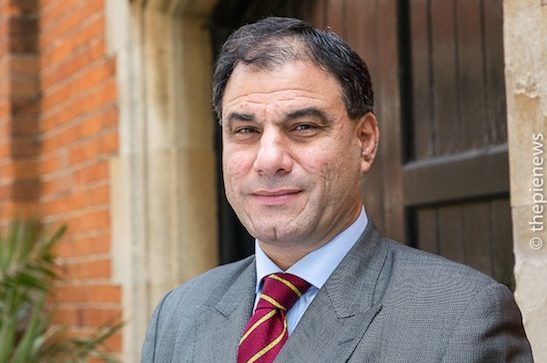 “The Centre for Turkey Studies (CEFTUS) has been instrumental in strengthening ties between the UK and Turkey. The UK’s Turkish, Kurdish and Turkish Cypriot diaspora is one of the country’s most prominent, hugely contributing to the UK both economically and culturally, and CEFTUS’ efforts to improve dialogue between the two countries should be applauded.

The UK and Turkey have a long and illustrious history and, with our shared membership of important international bodies – such as the G20 and NATO – as well as Turkey’s position as the link between Europe and Asia, it is vital that Anglo-Turkish relations continue to flourish.

Political dialogue is sorely needed to solve some of the most pressing international issues facing the world today, from the conflict in Syria, to the resettlement of refugees from the Middle East, and I welcome the work that CEFTUS undertakes on the important issues facing both Turkey and the UK.”