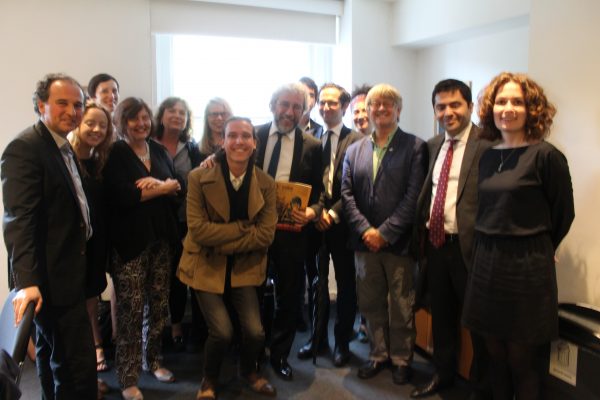 English PEN, in partnership with the Centre for Turkey Studies (CEFTUS) hosted a roundtable discussion with the leading Turkish editor and journalist Can Dündar on 29 June.

Dundar and journalists discussed press freedom and the challenges to freedom of expression in Turkey.

The two journalists were charged last November following the publication of reports claiming that  intelligence services were sending arms to jihadis in Syria.