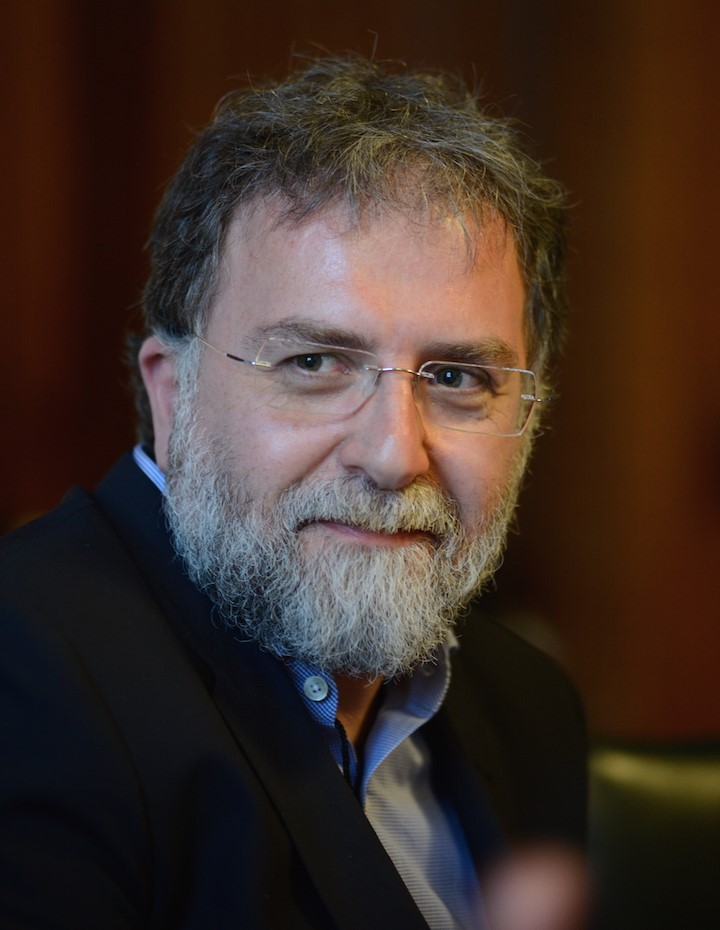 Ahmet Hakan Coskun is a Turkish columnist and TV presenter. He studied at Uludag University in Religious Studies. He wrote stories when he was a student at the university. Some of his stories were published in Yedi Iklim Journal. Between 1993 and 1994, he worked as a journalist in TGRT TV channel. He was part of the team of news programme called “Yanki”. Whilst Kanal 7 was in the process of establishment, he transferred to this TV channel as a journalist. After he worked as a journalist, he worked as Director of News and Current Affairs and reporter for Kanal 7. In the following years, he prepared the Iskele Sancak programme and he published a book containing several episodes of this programme. In 2004, he resigned from Kanal 7. He joined the Yeni Safak daily as a columnist and afterwards he worked for the Sabah daily . Currently, he writes his columns for the Hurriyet daily and presents a popular current affairs programme “Tarafsiz Bolge” on CNNTurk since 2005. His published books are Neden Milliyetcilik? (Why Nationalism?) (2001), Ceteler, Mafya ve Siyaset (Gangs, Mafia and Politics) (2001), Sivil, Dayanılmaz Bir Yurek (Civilian, An Unendurable Heart) (1999).