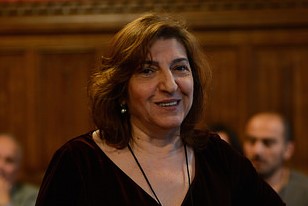 Mrs Aysegul Yesildaglar is currently the Principal of Docklands Academy London, a higher education college based in Canary Wharf, London. She has had her BA degrees in the fields of English Philology and Business Administration. She holds MA degrees in English Language Teaching and European Social Security Law. She worked for Ministry of Labour and Social Security, Turkey in 1988 and served as the Attache for Labour and Social Security in Stockholm, Rotterdam, Brussels and London until May 2010 for a period of 4 years in each secondment. During her post in Brussels and at the Ministry of Labour and Social Security in Ankara, she expanded her expertise in EU Social Policy Law, the social dimension of Turkey-EU Association Agreement (Ankara) and the judgments of the European Court of Justice on Turkish citizens. She was appointed as the Head of European Coordination Department of the Ministry in 2003, where she was involved in the negotiations between Turkey and EU with respect to the social policy chapter. During her office she pioneered in the introduction and implementation of EU projects in Turkey. She held this post until 2005 when she was seconded to the Turkish Consulate in London, where she provided services and counselling for both Turkish and British citizens in the fields of labour and social security. During her post at the Turkish Consulate in London, she initiated the process of setting up a permanent dialogue platform between Home Office and the Turkish Consulate.