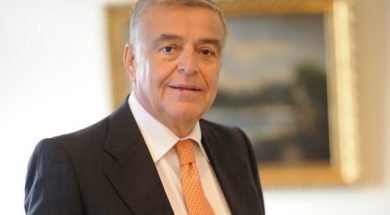 Dr Can Paker was born in İstanbul in 1942. He received his master’s degree from Berlin Technical University and his PhD from Yildiz Technical University in mechanical engineering. He went to receive an MBA from Columbia University in 1973. Starting his professional career at Turk Henkel in 1971, he held various senior positions in the company, and served as the general manager from 1984 and president of the Board of Directors until 2004. He still serves as an executive at B.O.Y. Consulting which he founded in 2004.
Paker held positions on the boards of several private companies and civil society organizations such as the Sabanci Holding, Sabanci University, Dedeman Holding, Goldern Horn Ventures, Turkish Industrialists’ and Businessmen’s Association (TÜSİAD), İstanbul Culture and Arts Foundation (İKSV), The Open Society Foundation in Turkey and Robert College. He served as the Chairman of TESEV (Turkish Economic and Social Studies Foundation) between 1997 and 2015.
Currently he is the Chairman of the Board at Inovent A.Ş., a Board Member at Akbank, and a founding member of PODEM (Center for Public Policy and Democracy Studies), an İstanbul based think tank established in 2015.