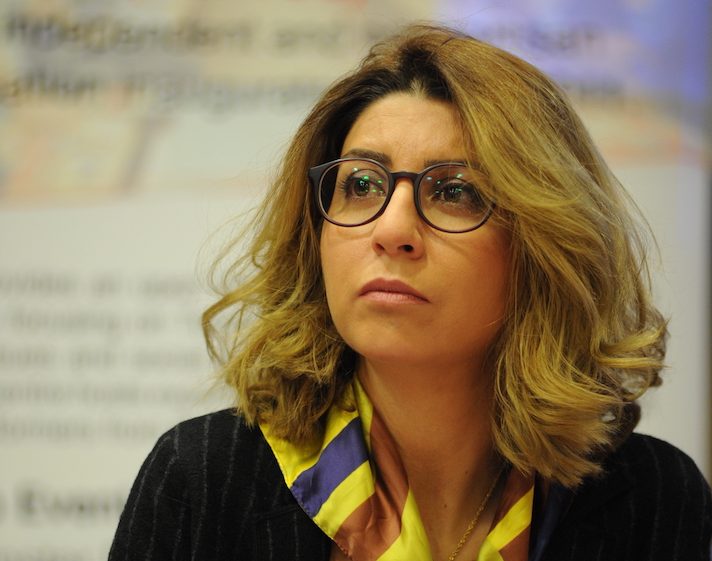 Ezgi Basaran is a prominent journalist and a columnist in Turkey. She began her career working for the news channel, NTV, while studying at Marmara University’s Journalism Department. After graduating, she became a junior reporter in 2004 for Hürriyet, a daily of the Doğan Group and Turkey’s most widely read newspaper. In her first year, she covered the Beslan Massacre and she went on during her time at the newspaper to report from Iran, Pakistan, and Northern Iraq, and interviewed many prominent figures. In 2010, she left Hürriyet for Radikal daily, Turkey’s most prestigious liberal-left daily. She began writing a column first for two days, then five days a week. She focused on such topics as the Kurdish issue, women’s rights, the Armenian genocide, the marginalisation of non-believers and anti-Semitism in Turkey. She was appointed managing editor of the paper’s news website Radikal.com.tr in 2011. When Radikal transformed into a digital-only newspaper in 2013, she became the youngest editor-in-chief in Turkey, and only the second woman ever to hold this position. When she took over in 2011, the news site had 180,000 unique visitors daily. In two years, this figure reached one million. In May 2015 Radikal had a record 41 million visitors. She is now the coordinator of the Contemporary Turkey Program at SEESOX, visitor at St. Antony’s College, Oxford University where she explores the bridge between journalism and academia. She is about to publish a new book, with the UK publishing house I.B. Tauris, on Turkey’s Kurdish issue, titled “Frontline Turkey: The Crisis at the Heart of the Middle East.”