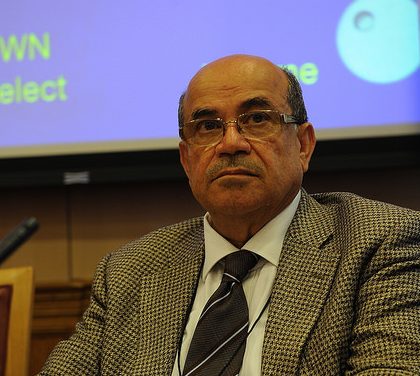 Professor Dr Bekir Karliga was born in Besni, Adıyaman in 1947. He learned Arabic and religious sciences in classical way. He graduated from Maras Religion High School in 1968. He finished Istanbul Islamic Institute in 1972 and finished Istanbul University Faculty of Arts Philosophy department. He got a doctorate degree of Philosophy from Istanbul University with his thesis “Pythagoras and Pre-Socratic Philosophers in the light of Islamic Resources and Philosophers” in 1980.

During 30 years, he taught Islamic philosophy, comparative East-West philosophy, history of civilizations and intercultural dialog courses in Marmara University Faculty of Theology. He retired in 2008 with his own wish from Marmara University Faculty of Theology and established Bahçeşehir University Civilization Studies Center. In the same year he was appointed as advisor to the Prime Minister and he became the head of United Nations Alliance of Civilizations National Coordination Committee.

He published more than 50 books and in the last 5 years, he focused on the documentary” The River Flowing Westward”. The documentary filming took place in 16 countries and nearly 200 experts worked on it. The documentary aims at informing about the rich science, thought, art and civilization heritage, which the East and the Islamic world transferred to West with a unique approach and different remark.