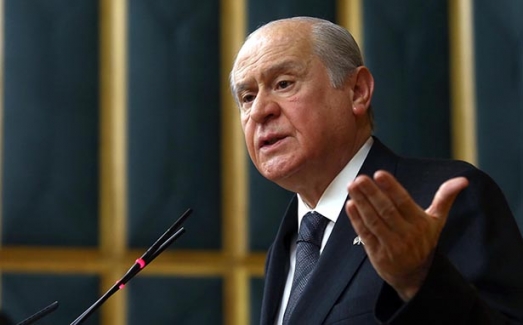 In exchange for supporting President Erdogan’s ambition to introduce a new constitution to Turkey featuring a president with executive powers, the Nationalist Movement Party (MHP) has been able to steer government policy towards a more hard line nationalist agenda, concerning potentially Turkish territorial ambitions in Iraq and Syria.

Turkish President Recep Tayyip Erdogan has long sought to change the Turkish constitution so as to have Turkey led by a president with wide-ranging executive powers. However, until now he has lacked the support in parliament needed to hold a referendum. For a referendum to be brought to the public, at least 330 of 550 MPs must vote in favour of holding it. Since last year Erdogan’s government has enjoyed something of an alliance with the ultra-nationalist Nationalist Movement Party (MHP), which has accelerated amid the ongoing post-coup consensus. The MHP has now agreed to support the referendum, lending it enough support. The MHP is currently in negotiations with Erdogan’s ruling Justice and Development Party (AKP) over the exact terms of the constitutional changes.

Polls suggest Erdogan’s AKP has been capturing support from the MHP since last November and especially since the failed coup. This begs the question as to why the MHP is supporting Erdogan in this endeavour. An explanation proffered by the MHP is that as the executive presidential system is already a de facto reality, with Erdogan using powers beyond his position, it is better to officially recognise this reality so that it can be open to challenge.

The MHP likely has a grander strategy, of gaining concessions from the AKP in exchange for support. Since last year, the MHP leadership has pursued a policy of supporting the AKP and squashing opposition to this approach within the party. Last year, key figure in the MHP, Tugrul Turkes, left the party to join the AKP as Deputy Prime Minister after serving in then-Prime Minister Ahmet Davutoglu’s temporary inter-election government. This year, the AKP government gave its support to MHP leader Devlet Bahcel’s efforts to prevent a challenge to his leadership from popular anti-AKP MHP MP Meral Aksener. Aksener was expelled from the party in September of this year. Broadly, Bahceli has been accused of not taking opportunities to oppose the AKP government.

The MHP’s gains are partly ideological. In return for support, the MHP has drawn the AKP government into pursuing a more nationalist agenda. The AKP is set to maintain its hard line approach on the Kurdish issues. Turkey is potentially positioning itself towards taking territory in Iraq and Syria. Talk of reintroducing the death penalty may also stem from this arrangement. The MHP has likely also secured positions for their people in key posts left empty by purged Gulenists.

Currently, polls suggest public opinion is not behind changing to a presidential system. If the referendum does go ahead, Erdogan will campaign tirelessly for a positive vote early next year. Thus, he will be relying on continued MHP support for some time to come. The outcome of this support will be a sustained shift towards more hard line nationalism domestically and in Turkey’s near abroad.