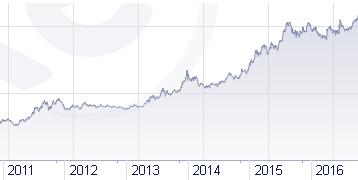 With a struggling currency, President Erdogan’s striking move to call on Turkish citizens to convert dollars to lira demonstrates the political gains at stake in the success of the Turkish economy.

After several years of struggling, the Turkish lira has taken a further beating against the dollar, crossing the 3.5 to the dollar mark this past week, its lowest in over 10 years. This weakening of the lira is likely to lead to further increases in the cost of everyday goods, a change which could be politically costly for the government. President Erdogan has taken the striking step of calling on citizens to change any dollars they have into lira.

Many have picked up on this call on social media, showing solidarity with the President’s request. Small business owners (often characterised as sympathetic to the ruling party), for example, have published photos of themselves holding signs saying they do not accept dollars, obliging their customers to use only lira. Some of Turkey’s neighbours have been supportive of this move and it will likely provide a strengthening in the short term, however, it has not reassured investors.

There are a number of factors causing the lira to weaken, not least concerns among international investors over a weakening of the rule of law since July’s failed coup and the independence of Turkey’s Central Bank. Investors would likely wish to see the Central Bank increase interest rates, to offset the weakening lira, a move which would hit ordinary Turkish citizens hard. The lira has been in decline for several years. The tapering of the US Federal Reserve’s quantitative easing programme in 2013 hit the currency, which was then further knocked by regional and domestic turbulence.

Turkey relies on foreign direct investment to keep its economy afloat. A significant number of Turkish companies have debts denominated in foreign currency, particularly dollars. The construction sector in particular has high levels of short-term foreign debt. Any worsening in the exchange rate automatically increases such debts. Some economists have warned off a debt bubble, which if it were to burst, could set off a spiralling crisis. Turkish banks are now reportedly seeing a surge in ‘troubled loans’, where borrowers are unable to pay their interest rates. Fitch Ratings has downgraded its rating for Turkish banks for next year from stable to negative.

Analysts have been predicting a collapse in Turkey’s economy for many years, still to little avail. Indeed, the Turkish economy is highly resilient and has shown the ability to endure downturns. Nonetheless, if the government is no longer able to mitigate against the effects of a downturn on its citizens, on issues such as food prices and interest rates, it may well suffer politically. Indeed, commentators have said that a serious downturn could significantly dent the government’s support.

International investors, whose attitudes play a part in determining the strength of the currency, are yet to be reassured. Metin Cetinkaya, head of the country’s Central Bank, said that the necessary steps would be taken and monetary policy would be simplified in order to strengthen the lira. However, many analysts do not expect the drastic measures investors want to see, including a large interest rate hike that, which would hurt ordinary Turkish citizens.