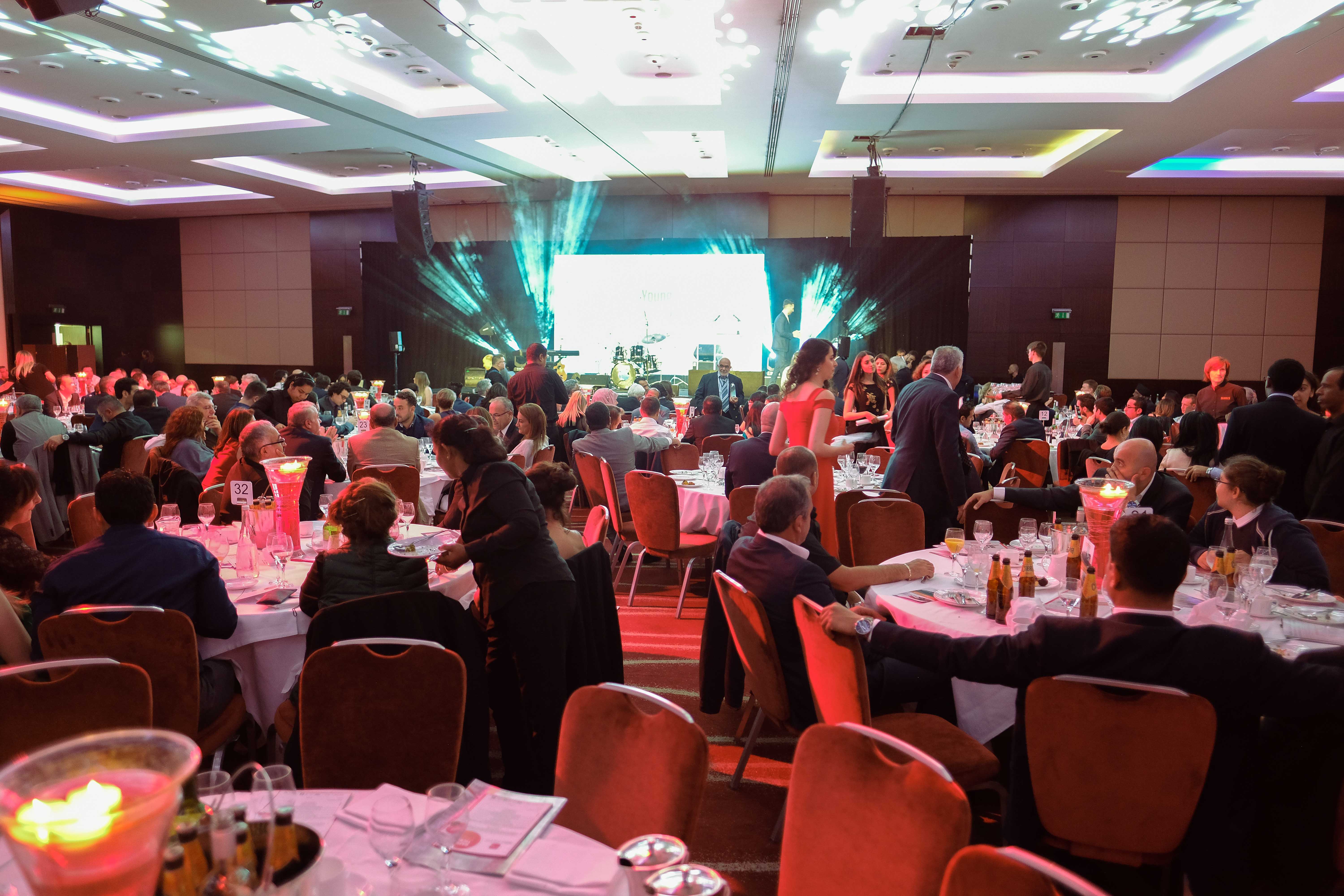 On Sunday 8th October 2017, the Centre for Turkey Studies (CEFTUS) hosted its 6th Anniversary Gala with over 700 guests at the Westminster Park Plaza Hotel near the UK Houses of Parliament.

Commemorating the founding of CEFTUS 6 years ago, the event celebrated the achievements of CEFTUS over the last year in building bridges between Turkey and the UK. In addition to the gala, CEFTUS also celebrated the achievements of the Turkish, Kurdish and Turkish Cypriot communities in the UK with its annual Community Achievement Awards, recognising excellence in fields such as law, business, education and politics (see below for awards winners). Guests, including parliamentarians and ambassadors, enjoyed a delicious three course Turkish meal and excellent performances from Turkish musical acts Legacy II Galaxy and Olcay Bayir.

The event was well attended by many politicians from various political parties, including Sir David Amess MP – who thanked CEFTUS for all it does to inform healthy debate – as well as Marsha De Cordova MP, Afzal Khan MP, John Spellar MP, Barry McElduff MP, Kate Osamor MP, Lord Glasman, Lord Bird, Lord Dykes, Lord Dholakia, Lord Suri, Lord McInnes and Lord Paul. Mayors in attendance included Marcia Cameron of Lambeth, Philip Glanville of Hackney, Christine Hamilton of Enfield, Linda Huggett of Redbridge and Bhagwanji Chohan of Brent, in addition to a number of local councillors. CEFTUS also hosted various ambassadors from around the world, trade unionists and journalists, many of whom presented awards. Prominent figures from the world of business were also in attendance, and delegations were sent from the three main sponsors – Cobra, JustEat and Alton & Co. Cobra chairman Lord Bilimoria and JustEat’s Ben Carter both spoke, congratulating CEFTUS on the organisation’s achievements and speaking of their own company’s successes.

Figures from across the political spectrum in Turkey also attended, including Republican People’s Party (CHP) MP Gaye Usluer and Altan Tan from the Peoples’ Democratic Party (HDP). Journalist and former adviser to the Turkish government Cengiz Candar, who won the CEFTUS Appreciation Award and was introduced as a “seeker of truth” for his journalistic work in war zones such as Bosnia, was also in attendance. Other special guests included former Justice and Development Party (AKP) MP and law professor Osman Can, and former US Ambassador to Turkey James F. Jeffrey. The breadth of guests at the gala reflected CEFTUS’ ambition to provide open dialogue and to listen to all sides of the debate, encompassing all shades of opinion.

In his speech, CEFTUS founder and director Ibrahim Dogus thanked all the guests and sponsors. He made an impassioned speech, calling for renewed progress in the country:

“What brings us together is our shared belief that Turkey should be a peaceful, stable, democratic and secular country with free and fair elections, the rule of law, protection of minorities and freedom of expression.

And what breaks all of our hearts is when we see the Government of Turkey so often fall short of these ideals.”

Ibrahim went on to draw parallels between the pressing Kurdish issue in Turkey and the conflict in Northern Island, saying that only through dialogue and sitting around the negotiation table can peace be achieved.

The winners of the Community Achievement Awards 2017:

Businesswomen of the Year Award

Businessmen of the Year Award

Role Models of the Year Awards

Community Centre of the Year Award