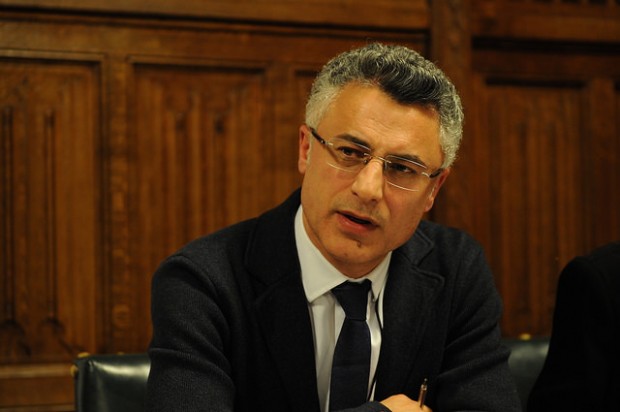 Transitioning Towards a Presidential System under a State of Emergency

CEFTUS and Royal United Services Institute (RUSI) held a joint roundtable with Professor of Law Dr Osman Can, Member of Venice Commission of Council of Europe and former Justice and Development Party (AKP) MP for Istanbul on 9th October 2017.

Dr. Can began with a brief summary of modern constitutional history in Turkey, tracing its origins back to the influences of Italy and Germany under Fascism. After the Second World War, Turkey underwent a wave of democratic reforms after opting to join the Western bloc of nations. Further liberalisation took place under the constitution implemented following the 1960 Military Coup. However, state institutions remained centralised, excluding various social groups. This could be seen most clearly in the role of president, who was supposed to remain impartial i.e. above democratic politics. The 1982 Military Coup implemented a new constitution that further strengthened the presidency, with the assumption its office would always be filled with someone within the political elite. This caused growing tension with the rise of the AKP, who secured a parliamentary majority in 2002, but whose ambitions were largely thwarted by the previously selected president, Ahmet Necdet Sezer. In 2007, the AKP put forward a referendum on changes to the constitution whereby the president would be directly selected by the electorate, a move that passed with widespread popular support.

The popularity of the constitutional changes emboldened the AKP to push for a transition from a parliamentary to fully presidential political system, but the process lacked cross-party support. This situation changed following the failed coup attempt on July 15 last year, after which the leader of the Nationalist Action Party, Devlet Bahceli, decided to support a new constitution giving President Erdogan greater powers. This was put to a referendum which passed with a narrow majority in April this year.

Dr. Can then took questions, resulting in a thorough discussion of Turkey’s new constitution and its implications for the country’s politics.

Professor Dr Osman Can is a lecturer at Marmara University Law School. He is a member of the Venice Commission and an advisory member of the Council of Europe.

Dr Can was appointed to the Constitutional Court as rapporteur-judge in July 2002. In 2006, he became an associate professor by unanimous decision of the Board of Higher Education Jury. His habilitation thesis was entitled “The Democratisation Process and Closing of Political Parties in Turkey”.

In 2007 he advised to the Constitutional Court that the election of the President of the Republic directly by the people would not violate the constitution. His recommendation was accepted. In 2010, he co-founded Democratic Judiciary, an association calling for the impartiality and plurality of the judiciary. In the same year, the Lawyers Association honoured him as the “Jurist of the Year”. In October 2010 he resigned from the Constitutional Court. After constitutional amendments had been approved by the referendum of 2010, he started the initiative for a new constitution. The Platform for New Constitution arranged countrywide meetings to prepare the framework for the first social contract of the Republic of Turkey. In 2011 he was awarded the “Thinker of the year” by Writers Union of Turkey.