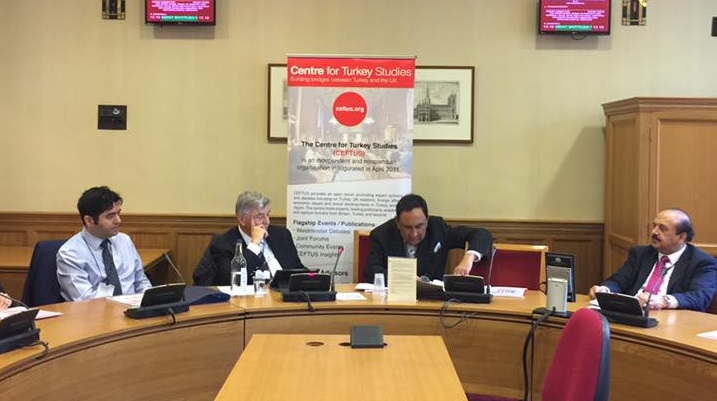 The Centre for Turkey Studies (CEFTUS) held a roundtable event with Dr Can Paker, Chairman of the Board at Inovent, a Board Member at Akbank, and a founding member and chair of  PODEM (Center for Public Policy and Democracy Studies).

This event was kindly hosted and chaired by Lord Sheikh.

Dr Paker spoke to an exclusive audience including parliamentarians, diplomats and researchers at a CEFTUS roundtable conference. He spoke in depth about the sociological dimension of Turkey’s political history from the establishment of the Republic to present day. He also discussed a number of issues with the audience, including the July 15th 2016 coup-attempt,  the upcoming referendum on proposed changes to the Turkish Constitution, Turkish foreign policy and democratic development more broadly.

Currently he is the Chairman of the Board at Inovent A.Ş., a Board Member at Akbank, and a founding member of PODEM (Center for Public Policy and Democracy Studies), an İstanbul based think tank established in 2015.