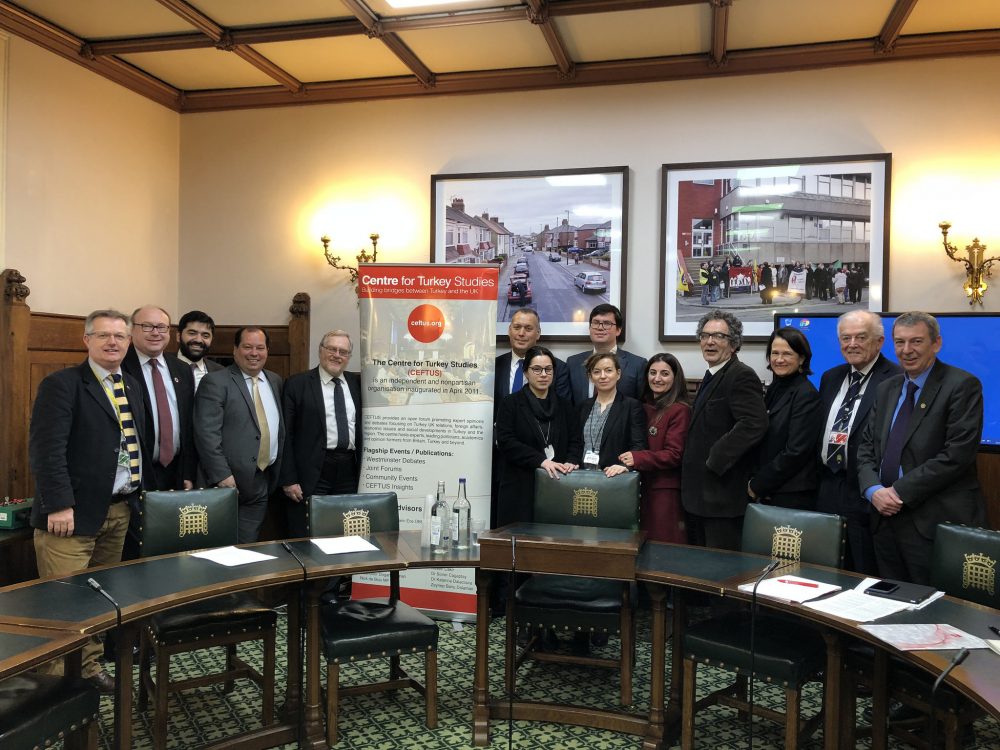 All-Party Parliamentary Group on British Turks and Kurds inaugural meeting took place on 21st February 2018 in Committee Room 17 of the House of Commons.

The Centre for Turkey Studies (CEFTUS) has been appointed as secretariat.

As secretariat of the All Party Parliamentary Group on British Turks and Kurds CEFTUS will:

APPG’s official purpose of statement is as below:

In the inaugural meeting Lord Balfe, Member of APPG for the Turkish Republic of Northern Cyprus, Gary Kent, Secretary of the All-Party Parliamentary Group on Kurdistan and Ibrahim Dogus, Director of CEFTUS were in attendance.