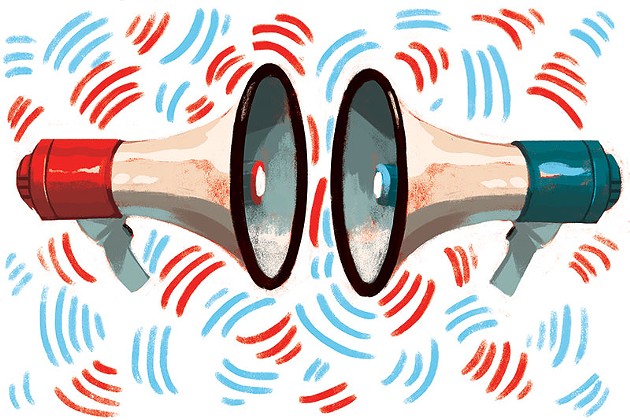 In this public forum, the Centre for Turkey Studies invited Yasemin Inceoglu to speak on the media coverage of hate speech in Turkey. The event was kindly hosted and chaired by Dan Carden, MP for Liverpool, Walton and Sandy Martin, MP for Ipswich. Mr Carden began the talk by introducing Ms Inceoglu and commenting upon the importance of understanding the complexities of Turkey’s political landscape in order to formulate an ethical foreign policy.

Ms Inceoglu first explored the key terms used to discuss hate speech both within academic and legal contexts, and explained the difference status of hate speech in Turkey, the US, and Europe. Ms Inceoglu drew particular attention to the importance of considering discriminatory discourse in its specific social, political, economic, and cultural context.

Having laid the groundwork for the discussion, Ms Inceoglu’s first point addressed how hate speech is produced and reproduced by the media, leading to hate crime. After the 2007 assassination of Armenian journalist Hrandt Dink, in 2009, the Hrandt Dink Foundation launched the Media Watch on Hate Speech study, of which Ms Inceoglu is a member of the Advisory Committee. The study aims to draw attention to the discriminatory language used against certain ethnic and religious identities, as well as sexist and homophobic media coverage. By spreading knowledge about hate speech, the Hrandt Dink Foundation aims to create a platform for discussing how to combat discriminatory and racist discourse and promote the use of more respectful and informed language.

That hate speech has no universally accepted definition under international law is a key obstacle in a concerted effort toward tackling hate speech. According to the Hrandt Dink Foundation, discourse is considered hate speech if it falls into one or more of four categories: (i) negative generalisations, exaggerations or distortions targeting a community as a whole based on a specific individual or event; (ii) insult or degradation of a community; (iii) war discourse or incitement to violence; and (iv) the use of inherent identity traits as an element of hate, humiliation or symbolisation.

The media, Ms Inceoglu argued, is an apparatus of sovereign ideology which reproduces nationalism, racism, social anger, and hate. The media does not reflect an objective reality, but rather, imposes a fictional reality upon society, reflecting hegemonic power dynamics. In Turkey, Ms Inceoglu explained, the news is a product of nationalist discourse, yet it is internalised by citizens as an objective reality. Media scaremongering relating to certain minority groups and their scapegoating for Turkey’s political and economic woes has led some Turkish citizens to ‘otherise’ those who are not Turkish or not Sunni Muslim, or those who actively oppose the official ideology of the Turkish Republic.

The media is not the sole domain of hate speech in Turkey; it is produced in conjunction with other aspects of everyday discourse. Hate, Ms Inceoglu argues, can be taught in schools and disseminated through textbooks before being consolidated by the media. The state uses the production of these social representations to propagate nationalist state ideology. Lynching, which is often portrayed by the Turkish media as a natural response to threats posed by certain minorities, is an example of how hate speech can lead to social divisions and hate crimes. In this way, the media represents an apparatus of the ideological state apparatus, as it supports the state’s ideological drive toward a homogenised society.

Ms Inceoglu highlighted the high-profile hate crimes, motivated by hate speech, that have marked recent Turkish history. Hate crimes are characterised by the existence of two conjoined elements: a base criminal offence, and the crime’s motivation being based upon the victim’s protected characteristic. Hrandt Dink’s assassination in 2007 was committed by an ultra-nationalist who only knew of Dink through his articles. Also in 2007, the perpetrator of the murders of three Christians in Malatya cited their publishing of bibles and missionary activities as motivating factors. In 1993, the Sivas massacre specifically targeted Alevi intellectuals. The 1978 Kahramanmaras massacre, in which over 100 Alevis were killed, was perpetrated by the neo-fascist Grey Wolves. Going back to 1955, the Istanbul Express newspaper and the radio broadcasted disinformation that Ataturk’s house had been bombed, which prompted attacks against Greek, Armenian and Jewish individuals as well as churches and synagogues in Istanbul.

Ms Inceoglu next discussed hate speech against women and LGBTI individuals. The case of a woman who was killed after being raped in Istanbul being presented by the press as a robbery, Ms Inceoglu argued, constituted hate speech. The victim’s clothes and lifestyle choices were used to evidence the claim that she had been a victim of a robbery rather than a sex crime. This initiated a social media backlash, with the slogans “say no to the murder of women” and “tell your story”, which saw many women share their stories of sexual assault.

LGBTI individuals, meanwhile, are often described as abnormal or suffering from a perversion or illness. Discriminatory language against LGBTI individuals is widespread in both traditional and social media, and hate speech focused toward trans individuals in particular often associates them with crime.

Syrian refugees too are a significant target for hate speech in Turkey. The 3.5 million Syrian refugees in Turkey are often labelled as ‘beggars’ or ‘terrorists’. The media often associates Syrians with security and terrorism concerns, as well as presenting them as responsible for the current economic weakness in Turkey. Disinformation often forwards the idea that Syrian refugees are better off than Turkish citizens. A survey published this year by Bilgi University showed that 82% of respondents wanted Syrians to return to Syria.

Ms Inceoglu concluded her talk by advocating for a media which fosters a healthy dialogue between different cultures and individuals, rather than reinforcing societal polarisation. Hate speech, she explained, is not only an ethical problem, but one which threatens the human rights of minority groups and individuals. The education of journalists is imperative to affecting media change in Turkey; Ms Inceoglu recommended that hate speech education should comprise a core element of the university journalism curriculum. When racism, nationalism and sexism become deeply embedded in the fabric of society, the capacity for peace in society is diminished. At this point, Ms Inceoglu advised, the state must act to uproot the politics of hate that threaten social peace and stability.

Before opening the floor to questions, Dan Carden MP highlighted that the propagation of hate speech is a pertinent problem beyond Turkey’s borders. In the US, UK, and most recently in Brazil, Mr Carden said, politicians have seen the electoral benefit of scapegoating minorities for adverse economic conditions.

Yasemin Inceoglu is emeritus professor of journalism. Her research focuses on the relationship between war and the media, persuasive communication, and hate speech. She has authored several books and is the co-editor of Peace Journalism, which is being published next month.

CEFTUS briefing on the politics of Turkey’s religious authority