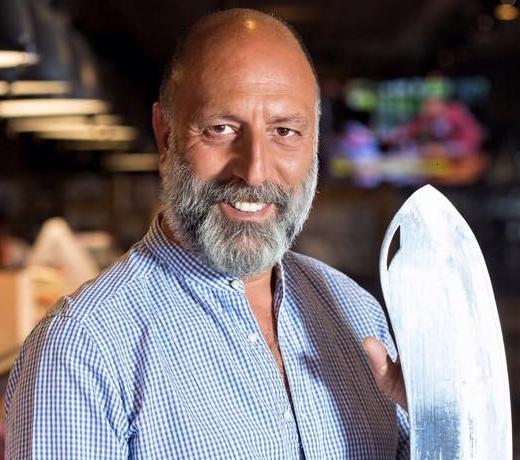 Due to unforseen circumstances, this event has now been postponed. We apologise for any inconvenience this may cause.

The Centre for Turkey Studies (CEFTUS) is pleased to invite you to a public forum with successful entrepreneur Cuneyt Asan, founder and partner of Gunaydin Group, one of Turkey’s largest and best known restaurant chains and meat suppliers.

This event is kindly hosted by Joan Ryan, Labour MP for Enfield North.

The event will take place between 7-9PM on Tuesday, 13 March 2018 in Commitee Room 21, the Houses of Parliament.

Please note that security checks are required to enter House of Commons, we kindly ask you to arrive at 6.30PM, allowing the event to start and end on time.

Starting at a small butchers shop in Istanbul, Cuneyt Asan has grown a business that now encompasses more than 40 restaurants, alongside a large warehouse and central logistics centre employing 2,500 people. In 2015, he partnered with Dogus Group, one of Turkey’s largest conglomerates, to expand his ‘Gunaydin’ brand globally, with plans to open further fine dining restaurants in London, Moscow, New York and Dubai.

Asan will discuss his journey from humble beginnings to becoming one of Turkey’s best known businessmen.

Cuneyt Asan is a butcher by trade. He was born in 1959 in Erzincan,  His family migrated to Istanbul in 1962 where, to support his family, Asan started to work while still in primary school. He got his first job at a butcher’s shop called Bahar. That day, his new boss gave him his apron, marking the start of his career as a butcher. He served tea, cleaned the shop and carried customers’ bags, earning his first money. When he went to school the next day, he had pocket money for the first time, which he used to buy sodas for two of his friends.

Every day after that, Asan went to the butcher’s shop after school, He worked there until he enlisted for his mandatory military service. Even at such a young age, he was thinking about how meat should be stored. He would go on to introduce a multitude of firsts for butchery in Turkey. He was the first to offer meatballs from a butcher’s shop, make meat popular among kids, simplify women’s work in their kitchen, and offer chicken products. Today, his cold storage project, made out of Himalayan salt, is used around the world.

At the time, his butcher’s shop still went by the name Bahar which, he noticed one day, was not at all original. He decided to make a difference, and rechristened it ‘Gunaydin’. Back then, there were newsboys on the streets, shouting the name of the newspaper they were selling, and Gunaydin was one such newspaper. This gave Cüneyt Asan a sense of pride and taught him the importance of self-promotion.

Soon after, there was an influx of kebab cooks who came from Antep, Urfa and Southeastern Anatolia to open their own kebab restaurants in Istanbul. He began supplying them with meat, and in 1992, he opened his first restaurant in Çamlık, Küçükyalı.

Cüneyt Asan and his partners knew they had to create a difference with the Gunaydin Restaurant. They opened the world’s first butcher’s shop featuring an American bar and a library. Newspaper headlines called them the pioneers of the industry.

In time, Asan came to believe that he was chosen for his profession. He began taking on apprentices and still trains news colleagues personally. He believes the importance of training, and is committed to uphold it.

The story of Cüneyt Asan’s life symbolizes his values. He believes anyone can exceed if they find themselves a clear path and walk it with determination. He argues that, in order to succeed, one needs a target, and most importantly, a need. He thinks that being born into a wealthy family eliminates one’s drive to endeavor and accomplish.

Briefing on growing tension in the Eastern Mediterranean