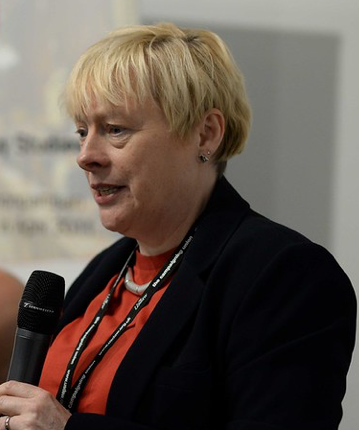 Dame Angela Eagle DBE is a British Labour Party politician who has been the Member of Parliament (MP) for Wallasey since the 1992 general election. Eagle was born in Yorkshire and studied PPE at the University of Oxford, before working for the CBI and then a trade union.

Eagle served as the Minister of State for Pensions and Ageing Society from June 2009 until May 2010. Eagle was elected to the Shadow Cabinet in October 2010 and was appointed by Ed Miliband to be Shadow Chief Secretary to the Treasury.