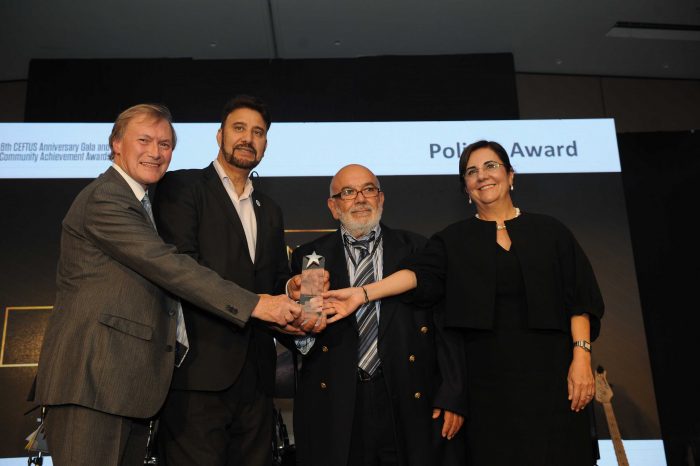 The Centre for Turkey Studies (CEFTUS) will hold its 8th Anniversary Gala and Community Achievement Awards on 14 October 2019.

Founded in 2011, CEFTUS has grown remarkably and has been the only effective organisation that provides an open platform for issues regarding Turkey and the region, builds bridges between Turkey and the UK and brings together Turkish, Kurdish and Turkish Cypriot communities of the UK.

CEFTUS has now opened the nominations for the Community Achievement Awards (2019). The awards, which aim to recognise excellence of Turkish, Kurdish and Turkish Cypriot Communities in the UK, will be presented in categories of business, education, art, media and community work. Anyone can make a nomination by either emailing CEFTUS on [email protected] with a nominee name, contact details, category, reason for nomination.

The catergories are as follows:

CEFTUS will once again organise a wonderful gala where parliamentarians, business people, community leaders, local and national media will be in attendance. Having hosted celebrities such as Zulful Livaneli and Gulse Birsel in previous gala events, CEFTUS will again host distinguished figures from Turkey including parliamentarians, academics, journalists and business people.

CEFTUS 8th Anniversary Gala will also aim to raise funds for the work of CEFTUS throughout the year, as well as for our charity partners Show Racism the Red Card. Supporters of CEFTUS are very welcome to make donations via the link below or purchase tickets/tables.