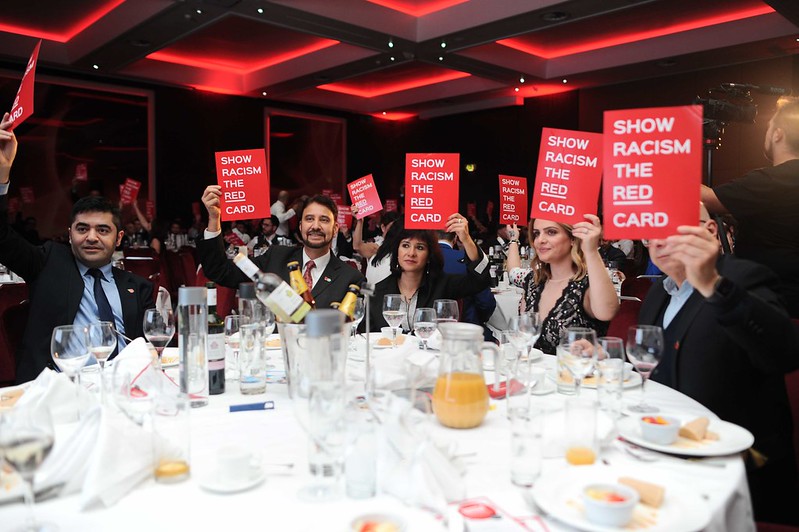 Marking 8 years since CEFTUS’ foundation, the evening sought to celebrate the previous year’s achievement and highlight the contribution made by the Turkish, Kurdish and Turkish-Cypriot communities to all aspects of life in the United Kingdom.

Entertainment during the three-course meal was provided Olcay Bayir and band as well as the She’Koyokh ensemble, who each played music influenced by the Anatolian region and beyond. The raffle and charity auction, with prizes including a signed Chelsea FC shirt and tickets to the X-Factor final, raised more than £1,000 for Show Racism the Red Card.

Winners of the Community Achievement Awards 2019:

Businessperson of the Year

Female Role Model of the Year

Male Role Model of the Year

Education in Arts and Sciences Award