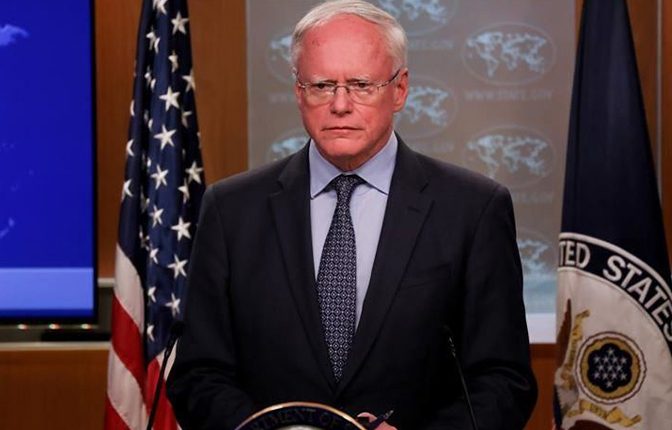 Online Talk “Turkey, US And What’s Next For Syria” With James Jeffrey And Sir David Logan

Ambassador James F. Jeffrey retired from the Foreign Service with the rank of Career Ambassador in June 2012.  He was recalled to active duty at the Department of State by Secretary Pompeo in August 2018 to serve as the Secretary’s Special Representative for Syria.  In January 2019, Jeffrey was selected by the Secretary to simultaneously serve as the Special Envoy for the Global Coalition to Defeat ISIS.   Jeffrey was also named Chief of Mission for Syria in 2020.   He retired again from the Foreign Service in November 2020.

During the period 2012-2018, Jeffrey was the Philip Solondz Distinguished Visiting Fellow at The Washington Institute for Near East Policy, a Visiting Instructor at George Washington University, an energy consultant for APCO, member of the SoSi Advisory Council, and member of the Secretary of Defense’s Defense Policy Board 2012-1017 and CIA External Advisory Board 2017-2018.

Before his first retirement in 2012, Ambassador Jeffrey held a series of senior posts in Washington, D.C., and abroad. His last assignment in the Service was Ambassador to Iraq, 2010-2012, where he led a mission by 2012 of 16,000 personnel and an annual budget of $6 billion.

Prior to his service as Ambassador to Iraq, he served as Ambassador to Turkey  2008-2010.  Previously, he served as Assistant to the President and Deputy National Security Advisor in the George W, Bush Administration. From 2006-2007 he served as Principal Deputy Assistant Secretary for the Bureau of Near Eastern Affairs at the Department of State, where his responsibilities included supervising the Bureau’s programs of several hundred million dollars in democracy promotion, peacekeeping, government capacity building, Track II reconciliation, and other assistance funding.   Earlier appointments included service as Senior Advisor on Iraq to the Secretary of State; Chargé d’affaires and Deputy Chief of Mission in Baghdad, where he was responsible in 2004 for oversight of the U.S. Government’s $22 billion program for rebuilding Iraq; Deputy Chief of Mission in Ankara and Kuwait; Ambassador to Albania, and Deputy Coordinator for Bosnia.

Jeffrey is a member of the Council of Foreign Relations, American Council on Germany, and the American Academy of Diplomacy.

A former infantry officer in the U.S. Army, Ambassador Jeffrey served in Germany and Vietnam from 1969 to 1976.  His wife Gudrun and he have two children, Julia, and Jahn.