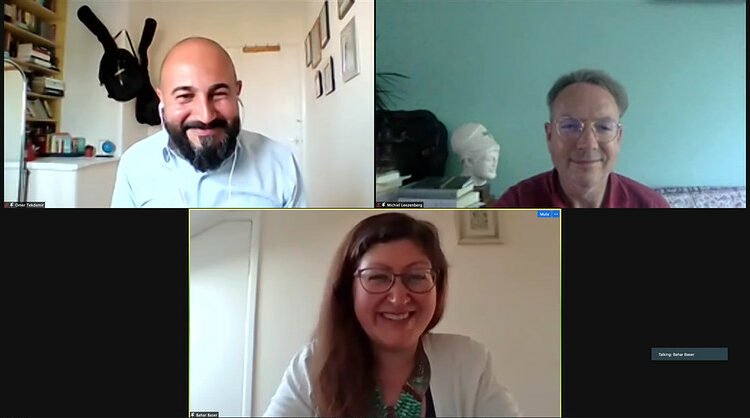 Constituting the Political Economy of the Kurds: Social Embeddedness, Hegemony, and Identity

Dr Tekdemir started by giving a general introduction to his book. He referred to the Kurdish political actors in Iraq and Syria gaining influence in regional affairs in the Middle East in recent decades. He mentioned that his book focuses mainly on Turkey and analyses the foundation of the Kurdish political economy from a historical perspective. He said his objective in the book was to explain the trajectory of the Kurdish political economy and the transformation of collective political identity within a historical context through three main periods: the late Ottoman period, the early Republican period, and the post-1990s period. Dr Tekdemir said he had applied a particular theoretical framework relevant to each specific period. He utilised three distinguished conjectural and critical accounts to understand the macro and micro dynamics of the Kurdish question in Turkey.

First, Karl Polanyi’s moral economy and embeddedness frames are utilised to examine the nature of the Kurdish mode of production in the late Ottoman period. Dr Tekdemir said that the anthropological realities of the nineteenth century’s everydayness resulted in a rejection of a self-regulating market order. The book examines the formation of the political economy of the Kurds during the de facto autonomy of Kurdish emirates (mîrs). Then he discusses the Kurdish moral economy, which is based on cultural (tribal) and religious (Islamic) values and impacts the awakening of Kurdish national consciousness in the late nineteenth century. He argued that the Kurds could not integrate into the capitalist order in the Ottoman Empire, and there was a need to focus on the internal dynamics of the Kurdish society to explain why that was the case.

Dr Tekdemir’s second case study discusses the new hegemonic relations between the state in Turkey and Kurdish political actors during the republican period. He said this part scrutinises the emergence of a modern Kurdishness between 1923 and 1984, and in doing so, employs a framework drawn from Antonio Gramsci. He said this was essential for recognising the development of Kurdish counter-hegemonic culture against the hegemonic Kemalist nation-building project. He argued that the power struggle between the regime and the political agents shaped the society and region in contemporary Turkey. The moral economy could not explain the new relations because they have changed fundamentally during the republican period. He said he focuses on the emergence of modern Kurdish identity from 1923 onwards and mentioned that a leftist and modern Kurdish identity arose during this period. He uses Gramsci’s understanding of hegemony to understand the central dynamics of Kurdish society in this period.

In the third part of the book, he focuses on the post-1990 period and tries to understand the construction of a post-modern Kurdishness, emphasising identity politics. This section, he said, deliberates the multiculturalism and agonistic pluralism of the Kurdish political community by focusing on three main internal groups: the secular/leftist; conservative/Islamist; and, opportunist/‘white Kurds’. Some of these internal groups used a bottom-up approach to compete and demand the Kurdish political movement’s internal democratisation and expand the scope of political Kurdishness from the mid-2000s onwards. He said that social constructivism serves as a theoretical and methodological frame for this third part of the book, and he utilised it to develop a comprehensive and holistic perspective on the transformation of political identity and emergence of a new Kurdishness through radical democracy and agonistic pluralist political project shaped by a left-wing populist discourse.

Dr Tekdemir claimed that the current Kurdish politics in Turkey in this period is operated by the Peoples’ Democracy Party (HDP), a Kurdish-led, left-leaning populist party and offers a radical plural democracy embracing multiple identities and seeking to deepen and widen Turkey’s representative democracy. Hence, the book proposes a new political identity that Dr Tekdemir calls ‘EU-ised Kurdishness’. He also referred to the human security moment during the Gezi Park protest, the HDP’s historic success in the election of 7 June 2015 and the conflict resolution and peacebuilding represented by the participatory democratic politics. However, the post-2015 June period, which continues to the present, addresses a different narrative. He described this period as a post-democratic situation in Turkey and as an organic crisis of the political regime and argued that it is shaped by authoritarianism, violence, political Sunnism, nationalism, criminalisation, and securitisation of the politics.

Prof. Leezenberg then offered some comments about the book and said he was honoured to be invited as the discussant. He mentioned that the studies that tackle the Kurdish question from the political economy perspective are few and said Dr Tekdemir’s book covers several important and interesting issues, but he will try to restrict his comments to the 20thcentury. He agreed with the point made about state centralisation and how that changed the state-society relations and referred to the economy becoming governmentalised. In addition, he also mentioned the issue of language centralisation and the impact it had. He posed a question about the point that the new Turkish republic changes the relations between the state and Kurdish society. He asked if the period in the early 20th century in Turkey when the Kemalist project started can be conceptualised as a ‘passive revolution’ in the Gramscian sense and referred to the use of force to get the society to accept the Kemalist rule. Prof. Leezenberg argued that the Kurds had a distinct experience in Turkey and had a greater potential for revolutionary action and referred to the characterisation of Kurdistan as an internal colony in Turkey. He scrutinised this claim and asked if the extent of the assimilation and modernisation imposed on the Kurdish society by the Kemalist elite fit well with the claim of colonisation of Kurdistan by Turkey. The Kurds had a status in the Ottoman Empire before the modern state came into being, but what explains the differences in the position of the Kurds in the successor states of the Ottoman Empire. Professor Leezenberg also commented on ‘White Kurds’ and offered some reflections on how this group came about. He said that the pro-Kurdish political parties gained power at the local level during the mid-1990s, and they used that power to challenge Turkey’s neoliberal transformation. However, at the same time, he said, we also witnessed the emergence of gated communities in the Kurdish regions and asked how that phenomenon reflects on the new class relations in the region. He also questioned Dr Tekdemir’s claim about the ‘EU-ised Kurdishness’ and his link between the diversification of Kurdish politics and Turkey’s EU accession process. He ended by posing a question about the Kurdish movement’s commitment to agonistic pluralism.

The event continued with Dr Tekdemir’s responses and further questions from the audience.

Dr Omer Tekdemir is Lecturer in Political Economy at the University of Coventry, co-editor of the open-access journal New Middle Eastern Studies and the co-convener of International Studies of the Mediterranean, Middle East and Asia working group of the British International Studies Association (BISA). Previously, he worked at the University of Leicester and the University of Westminster. He holds a PhD from the School of Government and International Affairs, and alumni of Ustinov College at Durham University. He is the author of Constituting the Political Economy of the Kurds: Social Embeddedness, Hegemony and Identity (2021, Routledge). His interdisciplinary articles have appeared in a range of peer-reviewed journals focusing on political economy, international relations and political theory, with particular reference to the Kurds, Turkey and the Middle East. He is a frequent contributor to different media outlets, including Open Democracy and The Conversation, and writes extensively on populism, identity, democracy and moral economy. 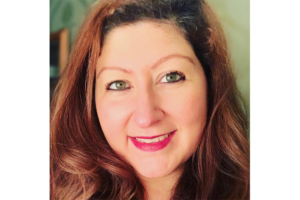 Dr. Bahar Baser is an Associate Professor at the Centre for Trust, Peace and Social Relations. She is also an associate research fellow at the Security Institute for Governance and Leadership in Africa (SIGLA), Stellenbosch University, South Africa. She is an expert in diaspora studies, peacebuilding, and conflict transformation. She has published extensively on stateless diaspora activism and mobilisation in Europe with a specific focus on host states’ counterterrorism policies, radicalization of diaspora members and transnationalization of homeland conflicts. Her book “Diasporas and Homeland Conflicts: A Comparative Perspective” was published by Routledge in 2015. She is currently working on her second book on diasporic returns to the Kurdistan Region of Iraq. 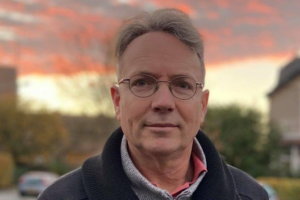 Prof. Michiel Leezenberg teaches in the Department of Philosophy at the University of Amsterdam. He has published widely on politics, economy and society of the Kurds, and on the intellectual history of the modern Islamic world. He has held visiting positions in the Universities of Cracow, Leiden, and Ghent.

How the Turkish media has been immersed into the quagmire of oppression, self-censorship, corruption and polarisation