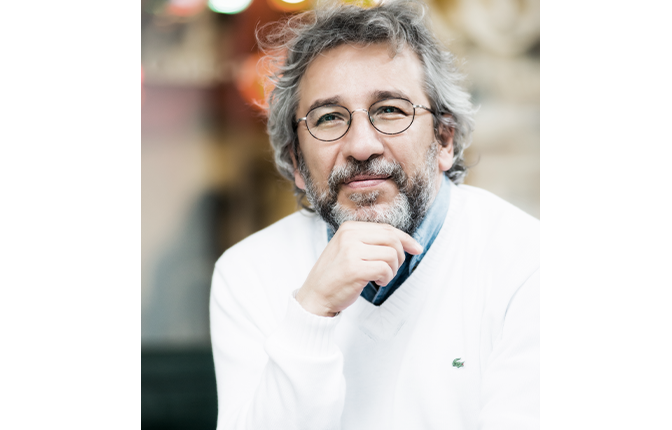 Can Dündar has been working as a journalist for the last 37 years, for several newspapers and magazines. He produced many TV documentaries focusing particularly on modern Turkish history and cultural anthropology. He worked as an anchorman for several news channels. He stepped down from his post as the editor in chief of the daily Cumhuriyet in August 2016, after he was sentenced 5 years and 10 months of imprisonment due to his story on the Turkish Intelligence Service’s involvement in Syrian war. He is a columnist for German daily Die Zeit and commentator for the German radio channel WDR’s Cosmo. He founded the news website called #Özgürüz in exile. Dündar has been nominated as a candidate for the Nobel Peace Prize in 2017. He is the writer of more than 40 books, one of which, WeAreArrested was published in England in 2016.