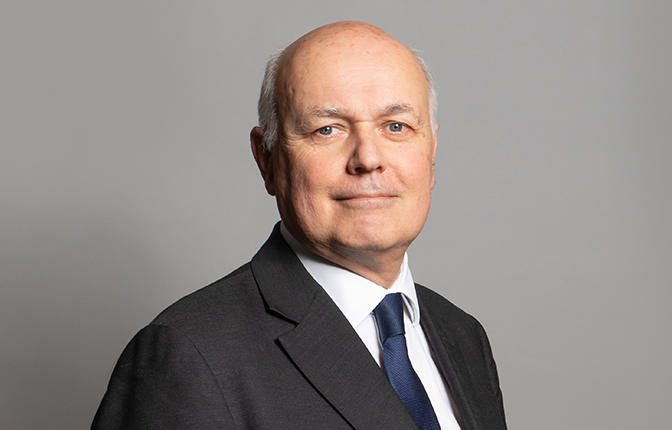 Sir George Iain Duncan Smith, often referred to by his initials IDS, is a British politician who served as Leader of the Conservative Party and Leader of the Opposition from 2001 to 2003. He was Secretary of State for Work and Pensions from 2010 to 2016. He has been Member of Parliament (MP) for Chingford and Woodford Green, formerly Chingford, since 1992.